To me, BI remains relevant since I see it as an umbrella enabling end-user, fact-based decision-making. The technologies and techniques may change, but the concept remains constant.

In over thirteen years at Gartner driving the BI research section, Dresner, who incidentally I’ve known for at least 25 years, has a different perspective from mine, which is as a practitioner, but they’re not incompatible.

BI’s origin was in the seventies (maybe earlier), when a backlog of report requests, principally from finance and marketing, overwhelmed IT. The BI dream was to have software for knowledge workers to do their own reporting and analysis. This was first met by host-based so-called Decision Support Systems (DSS) from Comshare, IRI/Express and others. By the early nineties, client-server-based BI tools emerged, such as Cognos, Business Objects, MicroStrategy, etc.

The dream was that these tools would proliferate through the enterprise, but it never happened. Skillful use of the tools, especially as they added more complex features, stalled at a low percent (some say 20%, but my experience is that it was far lower than that).

In my opinion, the most significant hurdle was the user interface. That metric may count numbers of licenses that aren’t used (shelfware) or those who only view the output of others. In practice, the products were too hard to use. Some relied on a “multi-dimensional” model that was not intuitive to non-technical people. Gathering data to populate and maintain models once again depended on IT.

BI visualization has been an essential tool in organizations through the nineties and even today. In the nineties, host-based, command line Decision Support Systems began to fade away and yield to the new class of software, BI visualization tools, and spreadsheets. Being able to virtually “see” the data made it far more useful and popular.

Ironically, the most common complaint is that BI tools are still not so easy to use based on research. At Hired Brains, we believe the reason is the interface. The GUI is just too limited a metaphor to fully exercise the needed capabilities of analytics. People want to ask questions about the data without the need to understand all the underlying structures of its storage method.

A GUI interface does not translate to ease of use necessarily. Graphical interfaces can be so complicated the users aren’t sure what will happen when they click on something. Or terms are used that are not intuitive. Often, interface designs are so crammed with objects, the screen is a bewildering arrangement of things. Also, a BI GUI requires you to understand its semantics and the underlying structure of data sources: data elements, filters, metrics, dimensions, conditions have to be selected accurately. Developers create “dashboards,” pre-defined subject-oriented visualizations that can be manipulated interactively to deal with this problem. The problem with dashboards is that someone with specialized skills and knowledge has to build them, maintain them, and keep them coherent with changes in models and data, so it isn’t a user interface.

Another aspect of BI in the interregnum period of 1990-2010 was that gathering usable and clean data became more and more difficult. This bound BI to data warehouses, which limited their scope in various ways, and bound them again to IT. You can’t do BI without data, and data is still the most miserable part of BI. Data Quality. Data Governance, Data Modeling, Data Integration. All of these things make BI about as agile as poured concrete.

Business modeling can be an imprecise term. But in general, it means creating descriptive replicas of a part of a business – such as assets, processes or optimizations – in terms that are consonant with the people (and processes) that use them. Usually, the goal is to render these models into computer-based applications. In general, a business model is created by someone who has specific knowledge about a process or function in the business. This can range from a single fact, such as how operating cash flow is calculated, to something as broad as how the manufacturing plants operate.

To be effective, business people need more than access to data: They require a seamless process that lets them interact with the data and drive their models and processes. BI has not provided this since the first-generation DSS tools.

Is It Still BI?

BI software was invented for marketing and finance people to gather and report information outside the boundaries of the installed operational systems. In essence, it is designed to inform people and, to a lesser extent, allow certain numerate people to investigate the information a little further. But it was never intended to fit seamlessly into the computing environment. Insights gleaned from its use had to manually find their way back into systems. What people want – and why they have rejected BI – is a seamless, relevant, understandable process to be informed and be able to act on it within the same metaphor.

Ultimately, the other 80 percent or more of an organization not using BI today may not need it at all. The path to ROI with BI is better decisions, not better dashboards, and better decisions must be fast, consistent and agile. Data warehouses with data marts, ODS’s, cubes and obscure metadata layers in BI tools are not agile. They can’t close the loop. BI capabilities need to be embedded in applications. Data warehousing performance of relational databases for interactive reporting from static schema was a challenge. Adding data to the warehouse interactively through iterative analysis was out of the question. Adding entities to the schema to accommodate new models required data modeling and schema changes, often reloading data and associated testing before implementation.

It’s inconceivable that output from machine learning models will simply be accepted at face value, that “decisions” made in rea-time will not be investigated after the fact. But once it happens, what becomes of Dresner’s definition, “umbrella enabling end-user, fact-based decision-making.” there is still an undeniable need for BI. But not as we know it.

In very general terms, Augmented Analytics is AI, NLP (Natural Language Processing) in particular. It is employed for data preparation, insight generation, and explanation, but it is much more than that. The whole gestalt of data analytics is “ask a question, get back an answer, and ask a follow-up question.” In a data visualization tool, you click and drag. In NLP Augmented Analytics, you speak. Ultimately, both generate a query that the underlying analytical engine understands.

Let’s junk the user interfaces and the need to describe what we’re after excruciatingly. One wonders whether the emerging ease of augmented analysts using various types of AI will render BI obsolete or just be branded as a new version of BI. Let’s get back to Dresner’s definition. If I can speak to the systems and say, “compare the last two profit models and perform a sensitivity analysis,” I am the user interface, and I am undeniably doing BI.

The best way to prepare for a difficult 2022

Sun Jan 30 , 2022
Every investor I meet these days is a business analyst. He wants to invest in the best, fastest growing businesses out there and not care a lot about the broader stock market. He is of the view that businesses which keep growing their profits and keep putting up impressive performances, […] 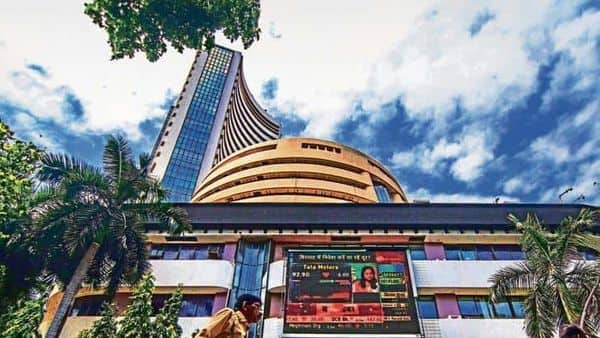