The bizarre and dangerous lifestyle of a serial conman who faked his death before fleeing to Scotland can today be revealed by the Sunday Mail.

Nicholas Rossi used a series of fake accents and personalities to scam and cheat his way through the UK to avoid being caught by the FBI.

The convicted sex offender tricked a Canadian TV celebrity out of $40,000 and lied about being a professor at Glasgow University – all while he was meant to be dead.

His wife Miranda – who’s thought to be unaware of his con artist and sex offending past – has been abandoned by him in the flat they rent in the west end of Glasgow, where they were said to be planning a family.

Rossi – who also uses the surnames Knight-Brown and Alahverdian – was remanded on Friday at Edinburgh Sheriff Court after being arrested on an international warrant.

The 34-year-old now awaits extradition back to America to face charges of rape and fraud after being caught by the FBI in a Glasgow hospital where he was being treated for Covid.

The couple moved last year from Bristol where Miranda, 41, is still the owner of a house.

A Sunday Mail investigation has also uncovered details of the period between Rossi’s fake death in America and his discovery in Glasgow.

We can reveal how he used a fake Irish accent and posed as a marketing expert to trick a Canadian star into handing over $40,000.

Nafsika Antypas – a vegan food and lifestyle writer and TV host – was persuaded by Rossi to let him get involved in her successful international food business, which she wanted to expand to the UK.

But when she realised he was a conman and severed ties, Rossi made up lies about her online, sent vile messages and made threats to her family.

Nafsika, 44, who runs the Nafsika’s Garden brand, knew him as Nicholas Knight-Brown and had no idea he was a sex offender and fraudster wanted by the FBI until approached by this newspaper.

Her links to him were traced via Companies House records which show he was managing director of now closed company Nafsika Global Holdings Ltd, using the name Nicholas Knight-Brown. Wife Miranda is listed alongside him as a business executive, while Nafsika is the company’s owner.

It was set up by Rossi on February 26, 2020, at a business address in London – at the same time he was meant to have been ill with cancer in America before his fake death three days later on February 29. He set himself up with a $100,000-a-year salary.

Nafsika said: “I’ve been trying to track down this con artist since 2020. He pretended to do work for my company andbullied me into registering a new company with him, which I quickly was able to dissolve.

“I have called the police in three countries asking them to track him down but they told me outright they couldn’t help me, even though he harassed my house and parents’ home by phone. I was afraid for my safety – he threatened he would come to my house.”

Nafsika first came into contact with Rossi after he advertised as a marketing and public relations expert online.

She was impressed with his biography and agreed to hire him to set up social media and promotional work for a planned expansion into the UK.

She had no idea of his real identity as he concealed it with a convincing CV and a thick Irish accent.

She said: “I didn’t believe I needed to have a company in the UK in order to be successful there as he kept telling me. I did feel bullied and he used the fact I had been scammed before to convince me I was just being paranoid. I should have listened to my gut.

“What was I paying him for? He did absolutely nothing. It had also become clear to me that he wanted to profit from my Canadian company because he kept asking to update my articles of incorporation for me, which I refused.”

Text messages show things turned nasty when Nafsika began wondering what work he was doing. After questioning why she’d spent $40,000 on four months’ work but had seen no results, he bombarded her with abuse.

Rossi told her: “I’m shocked, appalled and abhorred that you would insinuate that I’ve done nothing for you. We are on the brink of massive online sales with a correlating PR campaign on two continents and here you are patronising me and telling me I’ve done nothing.”

He went on: “If you couldn’t afford me, you shouldn’t have hired me.

“If I don’t hear from you… I will be posting a lengthy account of my experience on ripoffreport.com where they NEVER remove posts and reviews about companies.”

Rossi then sent her a picture of her driving licence photo with “fraud alert” next to it and began posting lies and abuse online.

He said she had a “fraudulent company with fake vegan cheese that hurts its employees and their families”.

“All vegans are urged to boycott Nafsika,” he said.

Nafsika said she had to pay $30,000 in “damage control” in what she described as “good, positive publicity to drown out his bad”.

The last she heard from Rossi was when a lawyer’s letter arrived at her home in Canada in June 2020, threatening court action over $70,000 in unpaid wages after she shut the firm.

It said: “In virtue of the employment agreement between yourselves and our client dated February 26, 2020, you hired our client as an employee for an annual salary of $110,556.

“Our client commenced his employment and worked faithfully and diligently. On or about April 24, 2020, suddenly and without warning, justification or cause, you disconnected our client from his corporate email account and ceased communication with him and paying his salary, effectively illegally terminating his employment.

“Consequently, we are hereby calling upon you to make payment of the said sum of $73,704 . . failing which all necessary legal proceedings will be taken against you.”

Nafsika’s lawyer wrote back to demand back the $40,000 he’d already been paid, stating he’d failed to carry out the work he promised and demanded compensation for the abuse she’d suffered from him.

She heard nothing else after that and hired a private investigator in Dublin – where Rossi said he was from – to try to track him down.

She said: “I want my money back and I want to make sure he doesn’t do this to anyone else.”

But by that time he was in Glasgow with Miranda – there is no suggestion of wrongdoing by her.

Nafsika said: “I hired a private investigator in Dublin who could not come up with anything, I tried reporting him to various fraud organisations and everyone told me they couldn’t do anything since he hadn’t committed a real crime. I was so frustrated.”

She added: “Altogether, I would say he has cost me at least $200,000 – $40,000 was what I had paid him but the rest is the amount I had to pay in lawyer’s fees and marketing to take down his sites and produce new content.”

At the time he was working on Nafsika’s company, Rossi had been living at a large house in Bristol, which the Sunday Mail established is owned by Miranda. Yesterday the Sunday Mail went to their former house, which looked empty and abandoned.

A neighbour said: “That’s Miranda’s house. They told us they were moving to Edinburgh for work. She is a lovely girl and always said hello.”

Shown the picture of Rossi, the neighbour added: “He drove a black Mercedes and would always keep his head down.”

The US authorities want him for the alleged rape of a 21-year-old former girlfriend in Orem, Utah, in September 2008. He is said to have attacked other women in the states of Rhode Island, Ohio and Massachusetts and is facing further charges of identity theft and fraud.

Rossi was previously convicted of a sex assault at a community college in Dayton, Ohio, in 2008 and placed on the sex offenders’ register until 2023.

Rossi had briefly studied at Harvard but left in 2012 after the university discovered he was a registered sex offender.

He is said to have 16 aliases. Tributes on a Facebook page said he died of cancer in February 2020 – with fake obituaries claiming his ashes were scattered at sea.

The FBI also had a warrant for his arrest on charges of defrauding his foster dad, taking out credit cards in his name and running up debts of more than £146,000.

Throughout the hearing his lawyer referred to him as Arthur Knight while prosecutors called him Rossi. The court was told police and hospital staff identified the man as Rossi from tattoos.

Don’t miss the latest news from around Scotland and beyond – Sign up to our daily newsletter here . 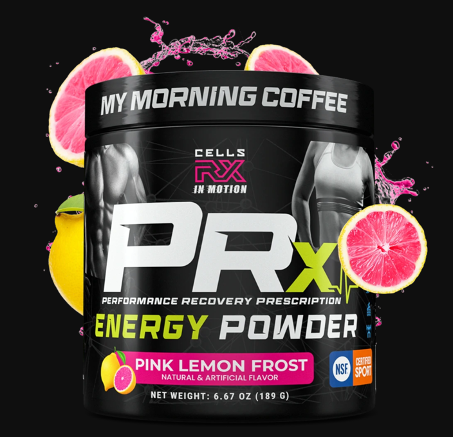