The White House has been closely watching TikTok’s rise as a dominant news source, leading to its decision to approach a select group of the platform’s most influential names.

This week, the administration began working with Gen Z For Change, a nonprofit advocacy group, to help identify top content creators on the platform to orchestrate a briefing aimed at answering questions about the conflict and the United States’ role in it. Victoria Hammett, deputy executive director of Gen Z For Change, contacted dozens with invitations via email and gathered potential questions for the Biden administration.

The invitations to the event were distributed Tuesday and Wednesday. Kahlil Greene, 21, a creator with more than 534,000 followers on TikTok, said he wasn’t surprised when an invitation arrived in his email inbox. “People in my generation get all our information from TikTok,” he said. “It’s the first place we’re searching up new topics and learning about things.” So, he figured, it made sense that the Biden administration would engage people like him on the platform.

The briefing was led by Matt Miller, a special adviser for communications at the White House National Security Council, and Psaki. The Washington Post obtained a recording of the call, and in it, Biden officials stressed the power these creators had in communicating with their followers. “We recognize this is a critically important avenue in the way the American public is finding out about the latest,” said the White House director of digital strategy, Rob Flaherty, “so we wanted to make sure you had the latest information from an authoritative source.”

Jules Terpak, a Gen Z content creator who makes TikTok essays about digital culture, said the White House’s decision to engage creators such as she was essential in helping to stop the spread of misinformation. “Those who have an audience can ideally set the tone for how others decide to assess and amplify what they see online,” she said.

Biden has increasingly sought online creators to sell major policy initiatives. The administration worked with dozens of top TikTok stars last year to encourage vaccination. He also hosted a briefing for influencers to educate them about his infrastructure plan. To emphasize the child-care components of his “Build Back Better” initiative, he sat for interviews with two parenting influencers on Facebook Live and YouTube.

Teddy Goff, a founder of Precision Strategies, a consulting firm, said that the White House’s strategy of embracing the next generation of media voices was crucial. “There’s a massive cultural and generational shift happening in media, and you have to have blinders on not to see it,” he said. “The reach of a piece in a traditional news outlet is a fraction of what a big TikToker gets.”

President Donald Trump often engaged online creators and Internet figures, and he hired an influencer marketing firm during his reelection campaign. On Wednesday, he appeared on the NELK boys “Full Send Podcast” where he spoke at length about the Iran nuclear deal and the U.S. strategic oil reserve. The episode was live on YouTube for only a few hours before it was removed for violating the platform’s policy on misinformation.

The voices dominating conversation on the Internet can be freewheeling and unexpected. Many creators on Thursday’s call, for instance, were shocked by the presence of Aaron Parnas, the 22-year-old son of Lev Parnas, a Ukrainian-born American businessman and former associate of Rudolph W. Giuliani’s who assisted Trump’s plan to pressure Ukraine to investigate Trump’s rivals. Parnas was convicted in October on campaign finance charges and recently pleaded guilty to conspiracy.

Aaron Parnas has recently emerged as a powerful TikTok influencer by providing nonstop news updates about Ukraine. On the night of Russia’s invasion, he hosted TikTok live streams discussing the events to over 800,000 viewers. Since then, each day he has posted videos breaking down news about the war every 45 minutes from 9 a.m. to 10 p.m. Parnas said that his news was not partisan and that he was getting information directly from reputable sources in the country, such as his family members there, local Ukrainian journalists and Ukrainian television. “I love my father, but I am not my father,” he said.

Jules Suzdaltsev, a Ukrainian-born journalist who operates the popular TikTok news channel Good Morning Bad News, said that he thought the overall tone of the briefing was too soft and that officials dodged hard questions. “The energy of the call felt like a press briefing for kindergartners,” he said.

Within hours of the briefing’s conclusion, the influencers began blasting out messaging to their millions of followers. A video posted by Marcus DiPaola, a news creator on TikTok, offered key takeaways from the meeting in a video that has been viewed more than 300,000 times. Greene also posted a recap, adding his own critical analysis at the end, calling out the Biden administration for not “acknowledging its role in other occupations and invasions around the world.”

Ellie Zeiler, an 18-year-old TikTok star with more than 10.5 million followers, said she hopes to remain in communication with the White House and continue to press officials there about key issues. She sees herself as a voice for young people and the growing contingent of news consumers getting information primarily through social media platforms.

“I’m here to relay the information in a more digestible manner to my followers,” she said. “I would consider myself a White House correspondent for Gen Z.”

Investment Wisdom From the ‘King of the Bogleheads’ 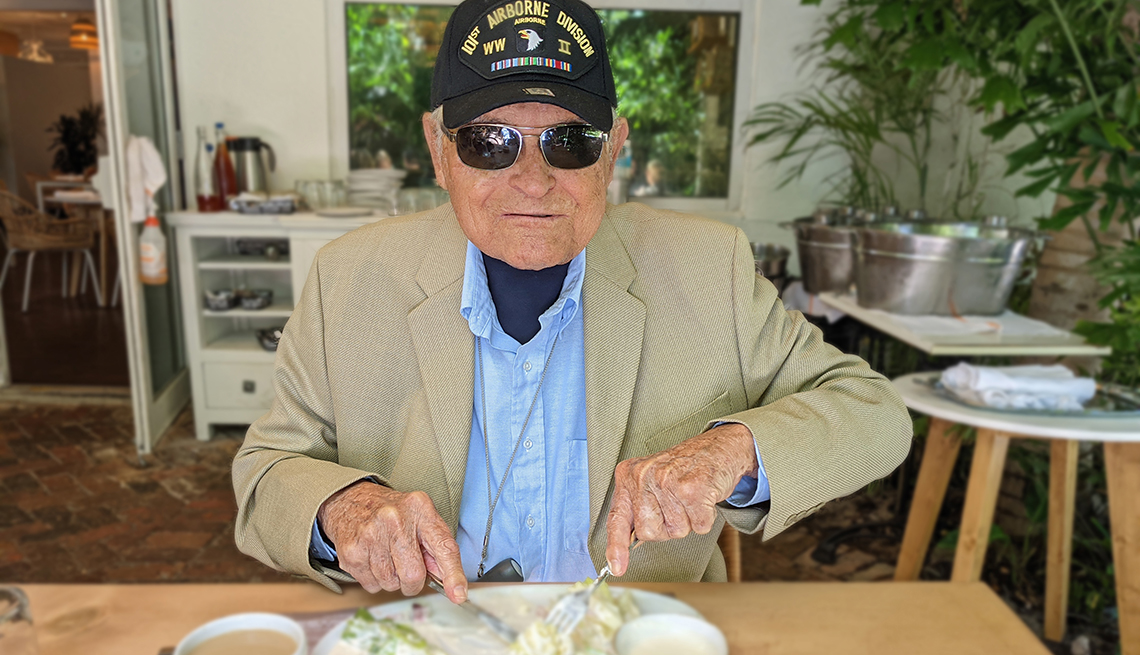