Meet the top 10 power brokers of the East End, as seen in the pages of Dan’s Papers‘ 2021 High Profile columns.

1. John & Margo Catsimatidis, Chairman/CEO of Red Apple Group
John Catsimatidis is among the most iconic names in New York business, spending his time between the Hamptons and Manhattan. With a diverse portfolio of business investments ranging from grocery stores to real estate to the new-found love of media, Catsimatidis is among the “Who’s Who” of New York City.  Catsimatidis’s business in many ways is a family affair, employing his two children, Andrea and John Jr., who serve in an array of management roles with Red Apple Group, Inc., which oversees the Catsimatidis empire in real estate, finance, insurance, energy and much more. Margo, John’s wife, runs the Catsimatidis Family Foundation and dedicates her time to philanthropic endeavors. The Catsimatidis family is known, in many ways, as the quintessential Manhattanites.  Catsimatidis owns Red Apple Media, parent Company of 77 WABC Radio, and has just purchased the former-Staten Island Yankees baseball team.

2. Bill Bratton, Former-NYPD Commissioner
Former New York City Police Commissioner William “Bill” Bratton is one of the nation’s foremost voices in law enforcement. Over a storied, near-five decade career in the police, Bratton was among the most visible leaders in the City of New York as well as nationally.  Bratton is the only person in American history to be named commissioner of two of the nation’s largest police forces. He served twice as the commissioner of the New York Police Department, in 1994 through 1996 and 2014 through 2016, and also served as the commissioner of the Boston Police Department in 1993 and 1994. He also completed a stint as chief of police in the City of Los Angeles.

3. Brock Pierce, Venture Capitalist and Bitcoin Foundation Chairman
Some know Brock Pierce as a childhood actor. Others recognize him as a business tycoon with roots in cryptocurrency and venture capitalism. Philanthropists know Brock Pierce as a giver, one who seeks to make the world a more just and equitable place for all. However one knows Mr. Pierce, they know he’s a force of nature, who is unstoppable. Minnesota-native Brock Pierce caught his “big break” in the film industry in 1992.  Pierce was chosen to play a young Gordon Bombay — a major and recognizable role in the feature-length film, which springboarded a career in the film industry. By the late 1990s, Pierce’s interests began to broaden as the world of technology captured his interest.  About three decades later, Brock Pierce is one of the most recognized names   in cryptocurrency and is a renowned venture capitalist. He has positively impacted dozens of industries and affected numerous significant innovations, many of which have advanced society into the digital age.

4. Andy Sabin, Sabin Metal Corporation, Philanthropist, Political Power Player
Andy Sabin is a metal mogul, renowned benefactor and philanthropist for hundreds of causes. He is a Republican kingmaker, an environmental activist and among the most visible figures in the East End community. Sabin’s contributions to our region, Long Island, this nation and the world cannot be overstated.  His company, Sabin Metal Corporation, the world’s largest, privately owned precious metal refining company, refines and recycles gold, silver, platinum and palladium. These materials, which are in high demand for state-of-the-art technologies, help make everything from your smart device to high-grade military technology. They are also used by pharmaceutical companies and oil refineries. Sabin has made a career and a fortune in the industry — but sees his role in society as much larger.

5. Bob Sullivan and Chris McGrath, Senior Partners at Sullivan Papain Block McGrath Coffinas & Cannavo, PC
Chris McGrath has become one of the most well-respected names in our region’s legal world, representing clients from New York City to Long Island’s Twin Forks. Currently. McGrath is the Chair of the Transition Committee for incoming Nassau County Executive Bruce Blakeman.  Bob Sullivan has been representing firefighters and their families for over four decades, and has been involved in some of the most tragic events in the history of the FDNY and the world.  Sullivan’s firm dedicated five attorneys who commandeered a cavernous conference room and worked around the clock, pro bono, to help families receive assistance after the deaths of their loved ones. The firm did 362 cases, far eclipsing any other firm’s commitment.

6. Mitchell Draizin, LGBTQ+ Advocate and Philanthropist
Mitchell Draizin is more than just a successful business person and a political powerhouse, he is a beacon of advocacy for countless causes and nonprofits that advance progress locally and nationally.  Draizin’s philanthropic portfolio is diverse and varied, only superseded by his volunteerism. He is actively involved with the City University of New York (CUNY) LGBTQ Leadership program, of which he is a co-founder, and also serves on the Boards of Directors of the Congressional Award Foundation, the New Leaders Council, the Williams Institute, the Housing Rights Initiative and the American LGBTQ+ History and Cultural Museum Project in addition to the Board of the NYC Economic Corporation.

7. Tina Glandian, Attorney at Geragos & Geragos
Glandian is an attorney to the stars whose multi-jurisdictional practice spans from civil litigation to high profile criminal defense. Beginning in the legal field in 2005 with the respected Geragos & Geragos law firm, she spent several years practicing in Los Angeles, before moving to New York. She was instrumental in the firm’s move to the city, where she helped open the Fifth Avenue office that she currently runs. Her legal acumen is both well respected and coveted by her clients, and she tries cases in both the courtroom and the court of public opinion. Defending and preserving her client’s reputation is her specialty, which is why she has been seen on Good Morning America, NBC’s TODAY Show, Inside Edition, CNN and numerous other programs. The print media, too, has covered her cases at-length, in national and regional publications such as The New York Times and the New York Post.

8. Jean Shafiroff, Philanthropist, Acclaimed Author, and Television Host
Shafiroff has dedicated herself to the volunteer profession of philanthropy, fundraising and advocating for the causes which she holds dear, nationally and internationally. She champions many causes, sits upon nine charity boards and chairs many events each year — doing so all without taking a dime of salary.  Since the dawn of the pandemic, Shafiroff has been interviewed on major broadcasts such as Good Day New York with Rosanna Scotto, CBS Evening News, NBC news, WGN news and one of the nation’s highest rated cable news morning shows Fox & Friends, among many other programs with millions of viewers watching every broadcast. Shafiroff has been credited with helping to raise awareness about the food shortages in pantries, the fair treatment and adoption of animals, and the unique challenges that face the nonprofit sector during these uncertain times.

9. Zach Erdem, Owner of 75 Main Group
Zach Erdem is the Owner of 75 Main Group, which owns and operates 75 Main, Blu Mar, Buddha Bar, Harpoon House, AM Nightclub, and Summer House Nightclub Lounge.  An immigrant from Turkey who came to America with nothing more than the shirt on his back and a dictionary, Zach is the epitome of the American Dream.  Now, after 11 years of business, Erdem has become more than just a local restaurant owner, but a tycoon of sorts on the East End. He began a restaurant group which operates Blu Mar, AM Nightclub, Summer House Nightclub Lounge, as well as Harpoon House hotel. His impact on the Hamptons cannot be overstated, and his establishments are among the most well-regarded in the area.   Each summer, when the city-dwellers make their eastward pilgrimage, Erdem’s 75 Main is at-capacity, and has become a fan-favorite of many A-List celebrities and public figures. A-Rod, Sarah Jessica Parker, and even President Joe Biden have enjoyed dishes at this Hamptons institution.

10. Charles Evdos, Executive Director, RISE Life Services
In the world of Long Island nonprofits, there are few names that are more noteworthy than Charles Evdos.  Evdos is known not only for his expertise in the industry, or for his professional leadership qualities, but mostly for his genuine care for the community he serves at RISE Life Services. RISE Life Services is a Riverhead-based nonprofit, serving those with developmental and physical disabilities. His organization provides vital in-home and group-home services to over 250 individuals, an adult program, two food pantries, and soon, an out-patient center. RISE Life Services does a majority of their work on the East End , along both forks.Evdos, though, has a tremendously unique pathway to his position at RISE Life. His career began as a “Copy Boy” at the New York Daily News. He rose up the ranks at this iconic daily paper, to become an editorial assistant and TV/radio reporter, to conclude his storied 12-year career as a business manager.

Todd Shapiro is an award-winning publicist and associate publisher of Dan’s Papers. 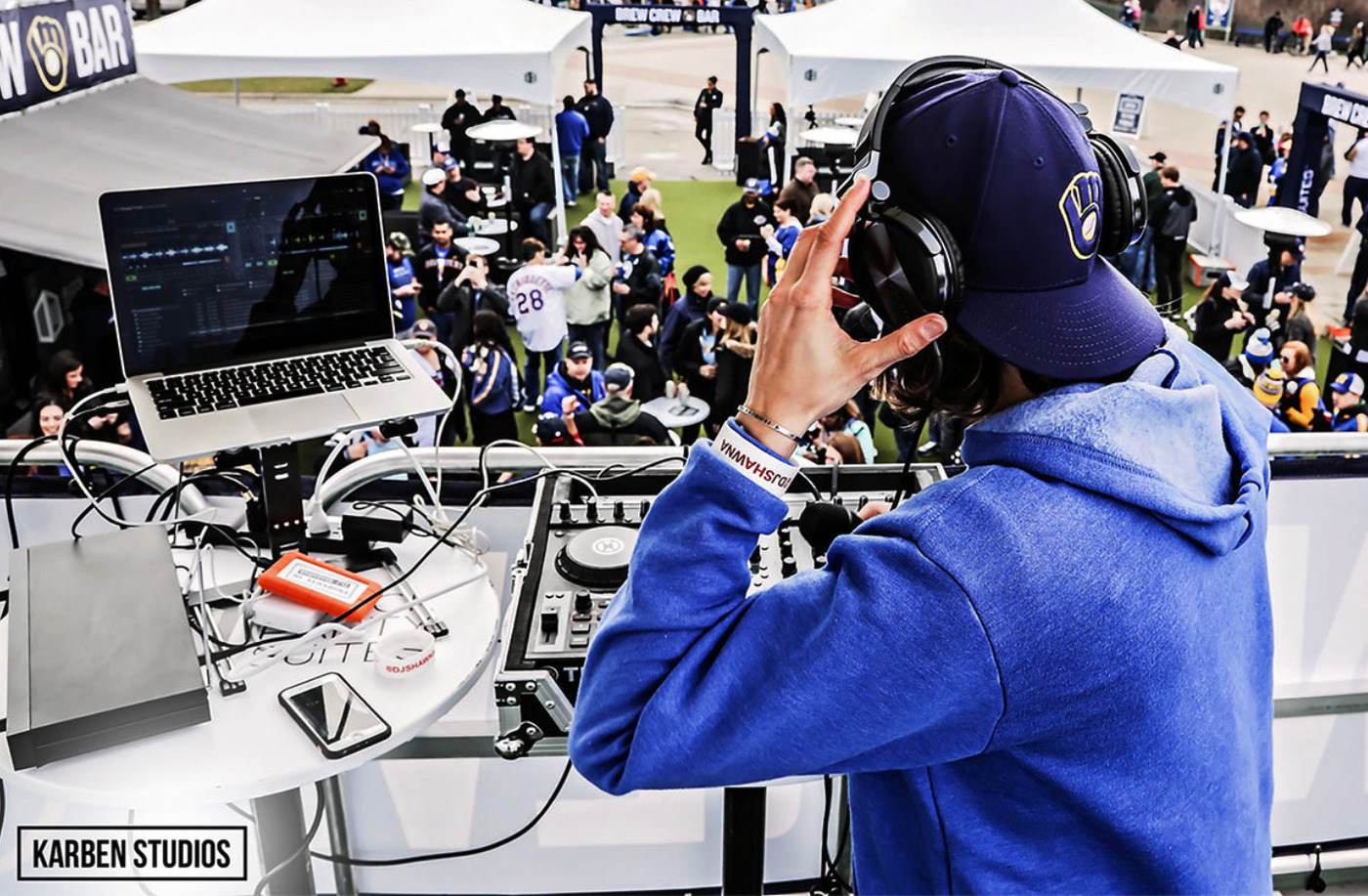