Not playing the Trump card

News that Donald Trump was bankrolling a new media venture through a SPAC deal sent shares in the blank-check fund soaring some 350 percent. Much of that probably came from individual fans of the former president plowing into the vehicle, Digital World Acquisition. But at least one of the SPAC’s backers, a major hedge fund, pulled out over the Trump connection, and the question now is whether others will follow suit — or chase potential profit.

The hedge fund mogul Boaz Weinstein wanted out once news of the Trump deal emerged. He placed a sell order on all of the unrestricted shares in Digital World that his firm, Saba Capital, owned yesterday morning, though Saba still owns some restricted stock that it can’t sell for six months.

Some context: SPAC investors have no clue what the fund will try to buy. Blank-check funds aren’t allowed to disclose prospective takeover targets. But hedge funds have become fans of SPACs in hopes the management team will scout out a good investment — or, at least, because they’re good places to park their money while interest rates are low.

What will others do? Investment funds have become increasingly outspoken about environmental, social and corporate governance issues, and some have even adopted so-called E.S.G. as a central business strategy. And associations with Trump have become a lightning rod for many in corporate America and on Wall Street, with several seeking to publicly distance themselves from him after the Jan. 6 insurrection at the Capitol.

“Some investors would rather drink rat poison than be identified with Mr. Trump,” Erik Gordon, a professor at the University of Michigan, told DealBook. But others may not be willing to put purpose over profit. (One Digital World backer told The Financial Times that the investment was one of the best they had ever done.) “Other investors will remember the following he had on Twitter and see 12-story-high dollar signs,” he said.

Evergrande narrowly avoids a default, for now. The embattled Chinese property developer made an $83.5 million interest payment to bondholders, one day before a grace period expired, according to state media. But the company remains in perilous financial condition, and other Chinese developers are defaulting, raising questions about China’s economy.

Facebook is again reprimanded by its own oversight board. The panel, which reviews the company’s policy decisions, said the social network hadn’t disclosed enough information about a program that exempts high-profile users like Trump from content rules.

The Fed overhauls its ethics rules. Senior officials will be barred from owning individual stocks, and will be allowed to own only diversified investments like mutual funds. The change is the biggest response to trading last year by two regional Fed presidents as the central bank takes steps to bolster the economy.

Snap blames Apple’s privacy changes for its earnings miss. Shares in the social network tumbled more than 20 percent in after-hours trading after the company missed revenue forecasts by $3 million. Snap chalked it up to a new Apple feature that prevents some ad tracking, which analysts say could whack Facebook and Twitter, which report earnings next week.

Wall Street prepares for the end of the party. While the financial industry’s earnings in the first half of 2021 were up 13 percent from a year ago, those bumper profits may wane soon, according to a report by New York State’s comptroller. Among the potential causes firms are citing: an end to fiscal stimulus and supply-chain problems.

Climate is officially a financial risk

A panel of America’s top financial regulators issued a report yesterday finding that climate change was an “emerging threat” to financial markets. That sets the stage for the Biden administration to take more aggressive efforts to prevent climate change from upending the global economy.

The determination came from the Financial Stability Oversight Council, which was established after the financial crisis to identify threats to the U.S. financial system. Among its findings:

But the report was less forceful than many climate activists had hoped. Some of what was missing:

The council’s report comes days before a crucial international climate summit. At the COP26 meeting, the Biden administration wants to paint the U.S. as a leader on climate change. But climate advocates rued what Ben Cushing of the Sierra Club’s Fossil-Free Finance campaign said was a “missed opportunity” to make substantive change.

“I was born in the era of a super-free internet, and now I’m seeing it collapsing.”

— Ksenia Ermoshina, a researcher from Russia who studies censorship in her home country. Experts say efforts by Moscow to bring the internet to heel, underway since 2019, are perhaps the world’s most ambitious digital censorship efforts outside of China.

On globalism and whistle-blowers

The Commodity Futures Trading Commission yesterday announced a nearly $200 million award to a whistle-blower, its largest ever to a single individual. The huge grant breaks ground in another major way, but has also drawn some notable criticism.

The C.F.T.C. didn’t disclose who the whistle-blower was or what merited the award. A spokeswoman for the agency declined to provide identifying details, citing the need to protect the whistle-blower’s anonymity, though The Wall Street Journal reported that the bounty was tied to U.S. and British investigations into manipulation of interest-rate benchmarks by Deutsche Bank.

The award was made partly with money collected by a foreign regulator, another first for the C.F.T.C. But a Republican commissioner, Dawn Stump, objected to the regulator basing an award in part on a foreign counterpart’s enforcement action. She acknowledged that today’s derivatives markets were global, and that the C.F.T.C. had the authority to award a whistle-blower based on sanctions collected in a related foreign case. Such payouts should be scrutinized carefully, particularly in foreign cases where harm was inflicted abroad.

Weekend reading: The long and short of it

Do you ever worry that your busy life may be standing in the way of your grandest plans, or even preventing you from conceiving any? If so, you’re not alone. It’s a common problem in these distracted times and worsened by the pandemic, argues Duke University’s Dorie Clark in her new book, “The Long Game: How to Be a Long-Term Thinker in a Short-Term World.”

Clark spoke to DealBook about how to be more discerning with time. The interview has been edited and condensed for clarity.

How can we think ahead after an epic disruption like the pandemic?

The pandemic necessitated a sudden shift to rapid short-term thinking on a massive scale, which is right in a time of crisis. But life is both a sprint and a marathon, so this is the time to plant a flag and create new habits. There is a malaise. People feel stuck in ruts — now is the time to forcibly disrupt that.

We cannot be successful in our lives by simply doing the same thing over and over. But we can take a bedrock principle from investing and apply it to life. Start early with small investments, and you can count on a compound effect that will be more valuable than extreme moves later. Ask yourself, “What are the things I can do today that will make tomorrow better?” That creates dramatically different returns over time.

Is being busy a problem in and of itself?

It depends. Our internal perception is usually the best indicator. Being busy doing fulfilling things can make you happy and is not a problem. The problem is feeling overwhelmed, being busy to a pathological extent that stress levels are high or being chronically busy, which in business can be a good way to avoid hard tactical questions and in life is how we avoid existential questions.

So should we be singularly focused?

No. Portfolio diversification is important. You always want an extra arrow in your quiver, and any number of things could expand your expertise. A passion that seems unrelated to work can transform. Market conditions are always changing. We have to hold two realities in mind simultaneously: We need to think long term and understand extremely unpredictable events can always knock us off course.

Best of the rest

We’d like your feedback! Please email thoughts and suggestions to [email protected]

Sun Nov 14 , 2021
Ajay Prasad is the CEO of GMR Web Team, a full-service healthcare digital marketing agency focused on patient acquisition and retention. getty Thanks to the internet, patients now have a ton of medical information in the palm of their hands. With dental marketing strategies, you can take advantage of this to […] 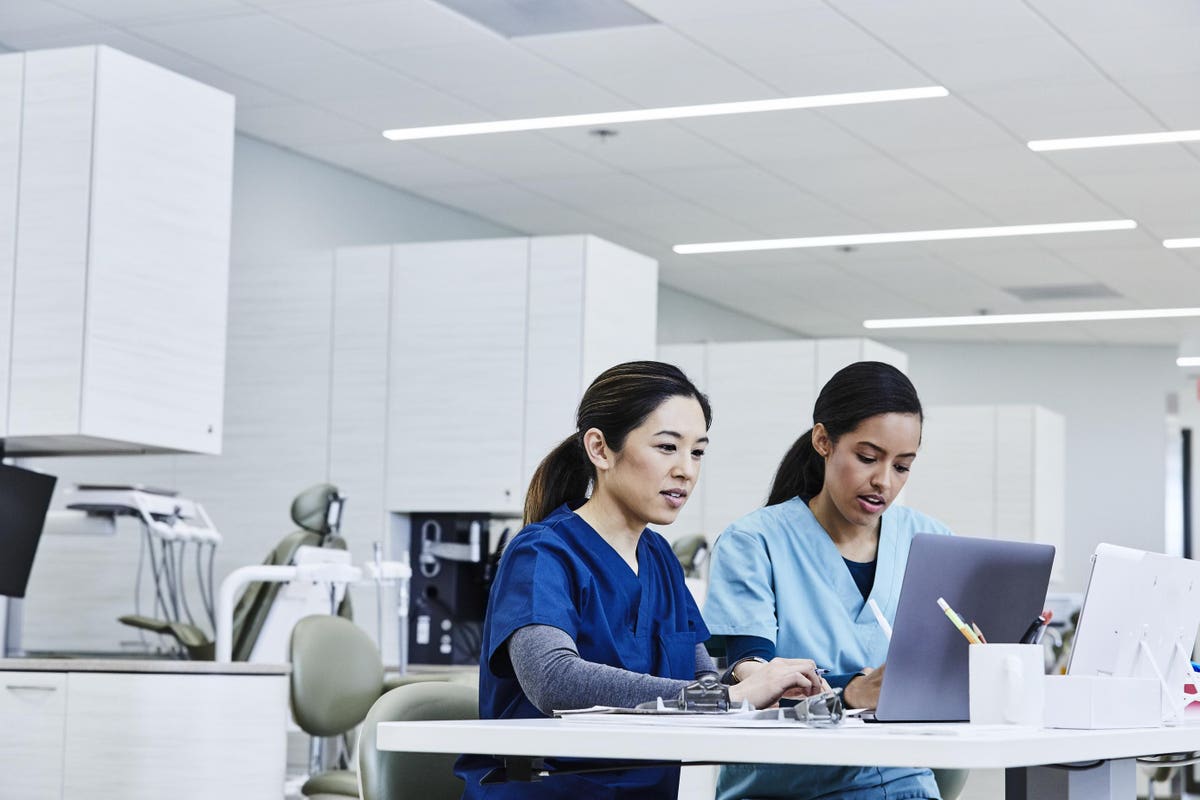