– Some relief for shareholders of Disney being expressed this morning– we’re seeing the shares bid higher by about 5%. And that’s after revenue and earnings came in ahead of estimates. And also, importantly, a couple of other things went right for the company last quarter. Disney Plus subscribers rose by 11.8 million. That is more than estimated. And the company’s parks income also coming in better than estimated.

Let’s talk more about these numbers right now. David Heger is joining us, Edward Jones senior equity analyst. David, good morning. So what stood out to you as sort of the biggest surprise in these Disney numbers and biggest turnaround from what we saw last quarter?

DAVID HEGER: Well, certainly, I think the biggest surprise was in the parks and experiences segment, with, you know, very strong revenue and operating profit from that business. And in particular, I think here domestically in the US parks, the results are really above where they were prior to the pandemic in the December 2019 quarter.

– But David, the theme of this morning is inflation– red-hot CPI report, numerous companies telling us they’re coming out raising prices. Disney is among those companies. How concerned are you that Disney is trying to be just too aggressive with pricing at the parks and that might hit consumer demand during the summer?

DAVID HEGER: Well, you know, certainly, the company saw an impact from– they indicated about a 40% increase in per capita spending or, you know, per-person spending. Now, they attributed a lot of that to spending in– on food and beverage and on the both Genie+ and Lightning Lane capabilities, which helped drive that growth.

There certainly seems to be a lot of pent-up demand, though, as we move away from the pandemic towards experiences and going on vacation, again. And it certainly looks like the company is continuing to see strong interest in attending the parks. So, you know, certainly, the rising prices in the economy right now don’t appear to be having any impact in terms of demand of visitors to the Disney parks.

– You know, I want to turn to streaming because it’s been so interesting to me. A lot of Disney critics or those that were skeptical of the company’s streaming strategy have pointed to the idea that they’re going back to the well for their new content, right? They’re relying on their existing franchises and just spinning them out as far as they can. But thus far, does this quarter prove that that strategy is actually working?

DAVID HEGER: Well, certainly, the company’s relied a lot on some of their traditional franchises, whether it be on the “Star Wars” front or with the Marvel series. But the company, in total, is spending $33 billion on content this year in [AUDIO OUT] about [AUDIO OUT] sports rights and the rest of that for other types of programming.

So, you know, certainly, one of the focuses going forward– it looks like it’s going to be on more general interest content and expanding beyond those franchises that Disney has historically been relying on, with Disney Plus and trying to further expand the base, you know, beyond that– you know, the loyal followers that they’ve had so far and continue to grow the interest amongst other viewers.

Thu Feb 17 , 2022
Lake Arrowhead, United States, Feb. 16, 2022 (GLOBE NEWSWIRE) — The Lake Arrowhead CA firm’s new marketing service is a valuable tool for clients seeking to further the growth of their businesses and make a positive impact in their communities. The team of consultants has years of experience in helping […] 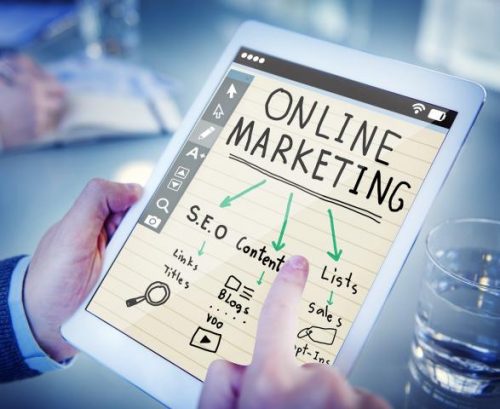