A handsome young African American man walks through an impressive modern building looking out a floor-to-ceiling window with determination. A blond, athletic young woman in her team uniform seems pensive. An ethnically ambiguous young woman is curled up in the library stacks reading and writing with her headphones on. A zesty rock beat track in the background thumps along, and the narrator intones, “What you do every day matters. At Alabama, it’s our process that yields legendary results.” This goes on for another 20 or so seconds, with pictures of end zone celebrations and rockets hurtling into space. This 30-second spot for the University of Alabama ends with the tag line “Where legends are made.” Millions of people will likely see this ad as the Crimson Tide play against the Georgia Bulldogs for the College Football Championship this week. One might ask questions about the slogan: By “legends,” they surely don’t mean fables—one definition of the word—but famous persons in a field, right? But who do they have in mind? Not even the first that might come to mind, like the former Alabama quarterback (and now pitchman) Joe Namath, are mentioned. And don’t all universities have something, or someone, they can call a legend? And what is this “process” that “yields legendary results”? Then again, Georgia’s “Endless Possibilities” spot is equally empty.

In the world of college slogans, however, it’s only the feeling that counts, conveying to the widest possible audience that you can not only fit in here at Chico State (“Do & Dare” is its new slogan) or Texas Tech (“From Here, It’s Possible!”), but you can also become a better version of yourself. Colleges and universities market themselves all the time, of course, and there’s nothing either shocking or wrong with that. Universities are marketplaces of ideas, but they are also actual marketplaces. They leverage grants, tuition payments, and donations to keep the lights on. A slogan that’s sharp enough to be memorable, plausible enough not to get laughed at, and inoffensive enough to avoid a protest fits the bill. And so, as the college football season ends and March Madness—the culmination of the college basketball season—looms (pandemic permitting), it’s worth thinking about college slogans. They are coming for us, and not just the ones in ads on ESPN but also the ones that are used on campus, in reports from the president or in the provost’s rhetoric, because those are as telling and misleading as any addressed to an audience outside the university’s gates.

My interest in these tag lines began in a roundabout way. In September 2015, E. Gordon Gee left the presidency of my employer, Ohio State University—for the second time. Gee has apparently held more university presidencies than any American, including those of Brown, Vanderbilt, and West Virginia University, where he is now on his second stint. Contributing to Gee’s departure from OSU were offensive remarks he made about Catholics (albeit in jest) and Poles (a Polish army joke), and trash-talking other schools in what was considered an unacceptable way. Headlines like “OSU President Expenses in the Millions” didn’t help his situation. Shortly after he departed, I accidentally discovered a set of false claims about Gee’s accomplishments on his management company’s website. I wrote an op-ed for The Wall Street Journal, “An Education in Sloganeering.”

My problem with Ohio State’s slogans during the Gee era was how their banality inculcated a feeling of accomplishment without accompanying results. Think of it as part Orwell, part Dilbert, and part political correctness. The school’s hospital promised to work for “a cancer-free world,” which is a noble sentiment but impossible given that mutations are ubiquitous and unstoppable. One slogan meant to convey unity at the famously siloed-and-segmented university with campuses around the state touted “One Ohio State University.” (Substitute “One Defense Department,” and you see how facile that declaration is.) The medical school that promoted a “cancer-free world” also declared that “each person’s cancer is unique.” (Ditto goiters and bunions.) The College of Nursing touted “the healthiest university,” whatever that means. OSU’s human resources department was renamed “Talent, Culture, and Human Resources,” which is not uncommon these days. (See NBC’s America’s Got Talent!) The Office of Student Life is a sea of slogans, from “Financial Wellness” to “Creating the Extraordinary Student Experience.” About the only slogan that was true—thank goodness for small favors—was the coffee klatch known as “Donuts With the Dean” (until he ran out of donuts).

Slogans come in different forms. There are mottoes, sometimes engraved in the school’s seal. Harvard’s is the famous Veritas—Latin for “truth”—in its seal, while Yale has Lux et Veritas, “light and truth,” in both Hebrew and Latin. But those ancient mottoes are challenges, not boasts. They weren’t chosen by 17th-century Puritans or 18th-century Congregationalists to meet modern marketing needs. So if you look at some of the examples of trendy mottoes on the SloganSlingers’ website, they include “Minds Move Mountains,” from the University of Oregon; “No One Like You. No Place Like This,” from the University of North Florida; and Auburn University’s inarguable “Because This Is Auburn.”

Beyond mottoes and slogans are promotional pitches that you might find in TV spots like Alabama’s “Where Legends Are Made” but also peppered in university endowment campaigns, presidential speeches, and pronouncements from different offices or departments, and both student and athlete recruitment.

At my Ohio State, sloganeering continues to cause significant eye-rolling.

Michael Drake, OSU’s president from 2013 to 2020, gave us a “Strategic Enrollment Plan,” which, unfortunately, greatly damaged enrollments, budgets, faculty numbers, and course offerings in the arts, humanities, social sciences, and natural sciences by its poorly planned and enacted revisions to undergraduate admission mandates. Over-admitting business and STEM students ignored the rising numbers of applications in the arts and humanities and swamped the teaching resources of the Fisher College of Business and the College of Engineering.

Drake’s rhetorical but only partly enacted “Vision 2020: Access, Affordability, and Excellence” never resolved its internal contradictions. It translated into freezing in-state tuition, increasing the privatization of major assets, offering small grants to undergraduates, and creating “economies and efficiencies.” Purchasing toilet paper from a single vendor and double-sided color-copying were mentioned most often. Unacknowledged were substantial staffing reductions and overabundant, overpaid administrators whose reduction was promised but not realized. Staff and faculty salary increases continue at lower than national and peer-institution levels. Administrators’ salary hikes eclipse others.

Drake’s “vision” was expansive. “Ohio State is everywhere,” he told ColumbusCEO in 2015. (Substitute “Michigan State” for this, and you see how banal it is.) “I think the real story of Ohio State is that we’re an important university for this region, for central Ohio and Ohio, but also for the United States and the world. We have relevance and connectivity with the whole global economy and with people around the world on a daily basis,” Drake said. Faculty, staff, and students were surprised to learn this.

Drake’s retirement in 2020, one year earlier than his contract expiration, coincided with the national-attention-getting scandal over the men’s wrestling team physician Richard Strauss’s sexual abuse of male student wrestlers. As hundreds of credible allegations and indisputable evidence of OSU’s complicity emerged, Drake had little to say. A university spokesperson stated that Drake’s retirement had no relationship to the Strauss scandal, and Drake claimed that his retirement had been long planned. But shortly afterward, he accepted an offer to become the president of the University of California University system. As he left, he accepted a 15 percent post-OSU presidency bonus.

Kristina Johnson, an engineer by training and the former chancellor of the State University of New York system, took over OSU. She quickly followed in the university’s tradition of leadership by sloganeering. Johnson touts not STEM (science, technology, engineering, and mathematics), or STEAM (science, technology, engineering, arts, and medicine), but “STEAMM Rising” (science, technology, engineering, arts, medicine, and mathematics). This is a laudable collaborative project with the city of Columbus to benefit its public schools. Still, an earlier faculty group’s attempt to mount a similar STEAM program failed resoundingly. And why include the arts but not the humanities and social sciences? As a humanities man, I’m biased, although I concede that the acronym STEAHSSMM would be problematic.

Not one to limit her ambitions, Johnson wants to see Ohio State “becom[e] the best land-grant university in the nation.” What this means is not clear. Who is currently number one in the land grant division? (Pipe down, Michigan!) Johnson is also verbally committed to “lead[ing] the nation as the first university to offer a zero-debt bachelor’s degree at scale.” (Kudos if she can do it, but “at scale” seems a little vague.) Johnson promises to work toward “making … the university … a truly anti-racist community.” How will that be measured at a school with more than 66,000 students? By copies of Ibram X. Kendi books distributed, polygraph tests passed, or discrimination suits avoided? No matter. As Ohio State says in one of its amped-up 30-second ads, “Here anything, everything, is possible.”

The Banality of University Slogans

Should You Hire a Digital Marketing Company?

Tue Jan 11 , 2022
Opinions expressed by Entrepreneur contributors are their own. You’re reading Entrepreneur India, an international franchise of Entrepreneur Media. Digital marketing is an essential component of any small business’ marketing strategy. If you’re doing it alone, or if you’re stuck doing it with a team that doesn’t know how to do […] 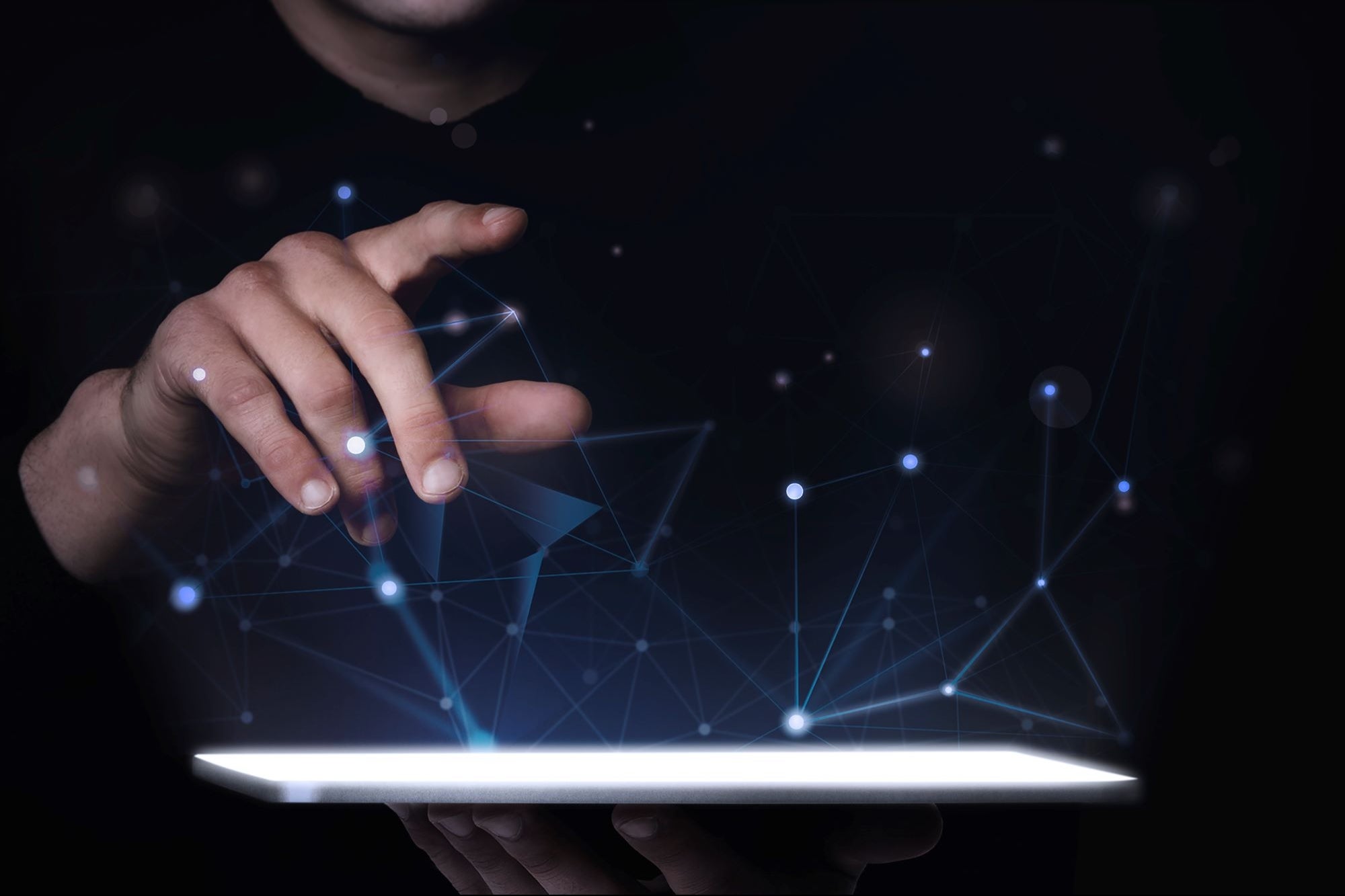