The Times and Democrat’s Kyla Fraser has done just about everything in the newspaper business.

“From the time I was very young, I was interested in writing and working with newspapers,” Fraser said.

A native of Missoula, Montana, she started writing for her high school newspaper as a freshman, and was the features editor by the time she was a junior.

She went on to win the Silver Key journalist award from the University of Montana in 1985, and “could not wait to start a career at the Missoulian.”

The Missoulian is owned by Iowa-based media company Lee Enterprises and is a sister paper of The T&D.

“I started writing freelance that year and also worked in production to keep my foot in the door,” Fraser said. “As it turned out, I ended up with more of a creative writing preference and fell in love with production.”

When she had her daughter, Fraser took a “route and bundle haul, running newspapers across the western part of Montana — about 200 miles a day, seven days a week at night, leaving my days free to raise my daughter.”

When her daughter started school, Fraser went back to work in production and started working her way up the proverbial ladder.

She has served as a shipping and receiving supervisor, a district manager in circulation, packaging department manager and the regional circulation director for the Missoula/Hamilton SBU before moving to Orangeburg and taking on advertising in January 2008.

But Fraser’s breadth of experience does not end there.

She is also a certified forklift driver and is called on occasion to help unload a truck or two.

“My great-grandfather handled the press for a small eastern Montana newspaper in the 1920s, so I come by my love for this business honestly,” Fraser said.

On May 10, Fraser’s newspaper career took another step as she was named president and director of local sales and marketing for The T&D.

“I feel honored to be named president and director of local sales and marketing, and am working alongside an excellent group of managers here,” Fraser said. “As a team, we are very successful and work so well together.”

“We have transitioned to a vertical structure in our company in the past year or so, phasing out the publisher title and opting for a multimanager format with everything falling under four categories — advertising, news, circulation and production,” Fraser said. “It is a sound structure that allows for accountability in most areas to fall under different managers. It works well here.”

“We’re thrilled to have Kyla Fraser as president and director of local sales and marketing for The Times and Democrat,” Lee Enterprises Inc. President, Western Media Group, Chris White said. “In this role, Kyla will guide the local sales team as we continue to transition our marketing solutions beyond traditional print offerings towards an agency-focused approach.”

“In the 15 years Kyla has been with The Times and Democrat, she has proved that she cares deeply about her adopted hometown and I know that she will be the leader that we need in this community,” White said.

Fraser’s primary role at The T&D for the past decade and a half has been managing the advertising department. While the role may have remained the same for those 15 years, Fraser said requirements have shifted regularly.

“The internet was not new when I arrived here, but digital advertising was in the early phases of development at that point and accounted for a very small percentage of revenue overall,” Fraser said. “There was nowhere to go but up, and it has been a huge ongoing educational opportunity that doesn’t end.”

“The digital landscape changes rapidly, and as a company, we are experts at staying ahead of that game,” Fraser said. “We are constantly learning and innovating, and training is a way of life in this business now. We must keep up so we can educate our business leaders in the community and help them invest wisely for the best possible return.”

Fraser said The T&D remains “the strongest media outlet in the local market.”

Fraser said the paper reaches over 75% of the adults in Orangeburg, Bamberg and Calhoun counties with its suite of local print and digital products.

“The beauty of it is that we are now a full-service digital agency as well, capable of every type of digital marketing available today, and usually at better rates,” Fraser said.

Fraser said an example would be the ability to service interstate customers.

“For example, if you are in California and need to promote something in the state of Texas, I can do that for you in countless ways right out of my office in Orangeburg,” she said. “We build websites, from the most basic format for small businesses to ecommerce and large multifaceted sites as well.”


After 50 years at The T&D, Publisher Cathy Hughes has eyes on future of newspapers

“We just introduced programs for targeted advertising paired with direct mail, and we have many options for video advertising that keep the video production costs affordable,” she said. “We are here to help businesses succeed. We have been doing this for a long time, and we have shifted our business model to meet the demands of digital competition. We are growing and succeeding well and plan for that trend to continue. It will be interesting to see what comes next in terms of digital innovation.”

Fraser’s career at The T&D has been fulfilling.

She moved to Orangeburg for personal reasons after her daughter graduated and settled on her own. Fraser had her sights set on transferring to The T&D but took a slight risk.

“It was not settled completely until I got here,” she said. “I was ready for a change in my life and was excited for the move and new opportunities.”

“It helped that we had a sister newspaper here, and after meeting with Cathy Hughes (recently retired T&D publisher), I was able to transfer here with no problem,” Fraser said. “Initially, I did not want to take on ad sales, as my background in sales was limited to circulation, but Cathy was persistent and I agreed. I am one of those people who can do anything I set my mind to, and I am very thankful she took a chance on that.”

Now that she has been in South Carolina for about 15 years, Fraser said she loves the South.

“This is my home now and I fit in here quite well,” she said. “I love not driving in snow!”

She enjoys spending time with Robert, her fiancé, and has three dogs and one grand pup.

“They are the happiest dogs in the world with all that forest to run in,” Fraser said. “Anyone who knows me well knows these dogs are a huge part of my world.”

When she is not busy at the paper, Fraser enjoys photography, making photo cards, cooking, writing, reading, knitting, gardening, canning and more.

“I have a lot of projects going all the time,” she said. “My life is busy, and very fulfilling.”

How Understanding Trends And Responsibilities Can Strengthen Cyber Risk Resilience

Sun Jun 5 , 2022
Jeffrey Alpaugh is the US and Canada Growth and Industry Leader, Marsh and the US Country Corporate Officer, Marsh McLennan. getty It’s important for leaders throughout an organization to understand cyber risk—its trends, its costs and the best strategies to mitigate it. Marsh and Microsoft recently collaborated on a global […] 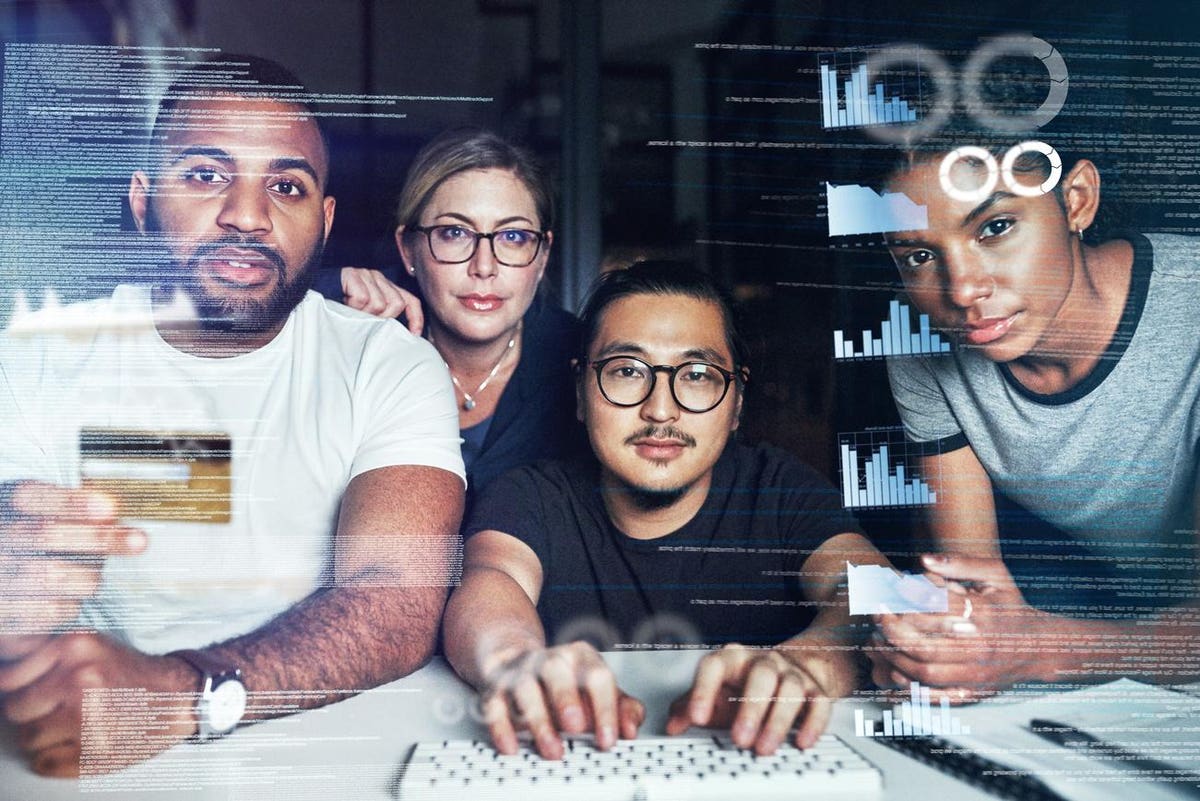