The investigation by the Missouri Public Service Commission says Spire consistently omitted important context in its public communications, misleading customers and making at least one false statement. The 22-page document emphasizes, instead, that a shutdown of the Spire STL pipeline during the winter heating season was highly unlikely, that any service disruptions would only happen during the coldest times of peak usage, and that Spire often failed to mention alternative sources of gas to serve the region.

“Portions of Spire’s communications and marketing strategies created unnecessary panic and confusion and focused too much on the mobilization of public opinion instead of consistently educating the public,” the report says.

But after page after page of criticism, commission staff stopped short of recommending a formal complaint against the company.

The contentious debate surrounding the two-year-old pipeline has been far more than just a war of words and messaging. In June, a panel of federal judges stripped Spire’s local pipeline, called the Spire STL, of its regulatory approval, throwing its future into uncertainty. And the saga, as a whole, has raised questions about what to do with a pipeline already built and operating, and about how the region’s sources of energy for heating might be reshuffled. Some even say the fight has the potential to reshape the way pipelines are approved in the U.S.

A Spire spokesman said criticisms in the recent Missouri Public Service Commission report reflected a difference of philosophy, and didn’t respond to questions about it.

Jamie Myers, a PSC staff attorney, said that Spire’s communications were not a coincidence.

“There was cause for concern,” Myers said. But the commission couldn’t file a formal complaint unless the utility violated laws or state rules.

The company’s troubles with the pipeline came to a head this summer, when the judicial panel unanimously ruled that the two-year-old Spire STL pipeline was never properly approved, and that the utility never adequately demonstrated a need for the 65-mile project.

That June ruling was upheld on appeal, and the Federal Energy Regulatory Commission gave Spire a temporary operating license.

But as the license’s mid-December expiration approached, Spire dialed up its messaging to customers, sternly warning of gas shortages should the line close. Critics, including a FERC official, derided Spire’s campaign as “fearmongering.”

In November, the Missouri Public Service Commission demanded Spire write another message to customers — to accurately describe the pipeline situation and “allay public fears or concerns.”

The PSC also embarked on a broader review of Spire’s conduct amid the pipeline saga.

The first part of that investigation found no evidence that Spire “failed to ensure the availability of sufficient gas supplies” for the winter heating season.

The second part looked at the company’s messages to customers and the public, and culminated in the highly critical Jan. 21 report, littered with examples of the company providing “misleading” information that needlessly ramped up customer anxiety, the PSC said.

One recurring complaint: Spire consistently failed to tell customers that it was “highly unlikely” that the pipeline would lose its approval in December, heading into the winter.

Exaggerated claims from Spire were another recurring focus of the investigation.

For instance, the PSC said that Spire’s use of slogans like “Don’t Lose What You Use” exaggerated the consequences for customers if a pipeline shutdown were to happen. “Spire’s models did not predict a complete loss of service for all Spire customers, but that is what the slogan suggests,” the report said.

It added that the phrase also urged the public to take action based on a misleading premise. “Customers heeding the advice are encouraged to sign the petition and/or take further steps, such as contacting FERC directly, with the belief that not doing so might mean losing their access to gas,” the report said. “However, they are actually acting to prevent the possibility of service disruption that would occur only under a highly unlikely set of future events.”

Moreover, the company’s messages likened the pipeline’s loss to the deadly catastrophe in Texas during last February’s extreme cold spell that knocked out natural gas supply across much of the central U.S.

Spire denied making such a comparison. But the PSC report shot back: “That assertion is false.” A Spire news release in July, the report continued, said that winter gas outages “could result in loss of life and property similar to that seen in Texas.”

PSC staff also criticized Spire for “intermingling its informational and advocacy campaigns,” since its messages seemingly had dual goals: to let customers know about the status of the pipeline, and also to support the company’s decision to build the project.

Spire’s tone shifted at times, especially in December, after the PSC intervened, demanding to pre-approve Spire’s messages to customers. In a Dec. 1 email, the utility said the pipeline was poised to receive approval to operate through the winter. It also noted, for the first time, that potential shortages would only be an issue during peak times of gas usage.

“This omission in its November emails is curious,” the report said. “Without this information, customers having only read the November 4 and 18 emails would conclude that service disruptions might become a regular occurrence regardless of weather patterns. … Providing all of this information up front would have given customers a more complete understanding of the situation and reduced public panic.”

Spire fielded more than 3,000 calls in the four days after its Nov. 4 email to customers, the report said.

Still, at the end of the report, regulators backed off a formal complaint. “Staff’s investigation highlights several areas of concern with Spire’s communications and marketing efforts regarding the status of the Spire STL Pipeline,” they conclude. “However, staff did not find substantial evidence in its investigation indicating that Spire deliberately developed a communications and marketing plan intended to present false information or misleading information to Spire customers and the public.”

Myers, the Public Service Commission attorney, said in an interview that the communications were not coincidental. She did not elaborate.

It’s unclear if the commission will take action on the report.

The findings have not been discussed during any weekly meetings of the PSC commissioners, and the five-member body is not required to act or comment on them, according to the agency’s staff.

If a formal complaint were to be filed against the company, it would have to allege that commission laws or rules were violated. Spire would have 30 days to respond to the complaint, but the matter would also have the potential to grow into a standalone case up for full review by the PSC, and other parties that could submit testimony. The PSC could also refer the matter to circuit court to seek penalties.

Get the latest local business news delivered FREE to your inbox weekly.

Multifamily: In-House or Agency for Your Digital Marketing

Wed Feb 16 , 2022
Image by vkhat/iStockphoto.com Multifamily marketers have spent much of the last two years evaluating, reevaluating and adjusting to the changing behaviors and needs of our renters. How can we reach them? How can we engage them? What do they want from us? (Functioning websites, accurate pricing and anytime communication, for […] 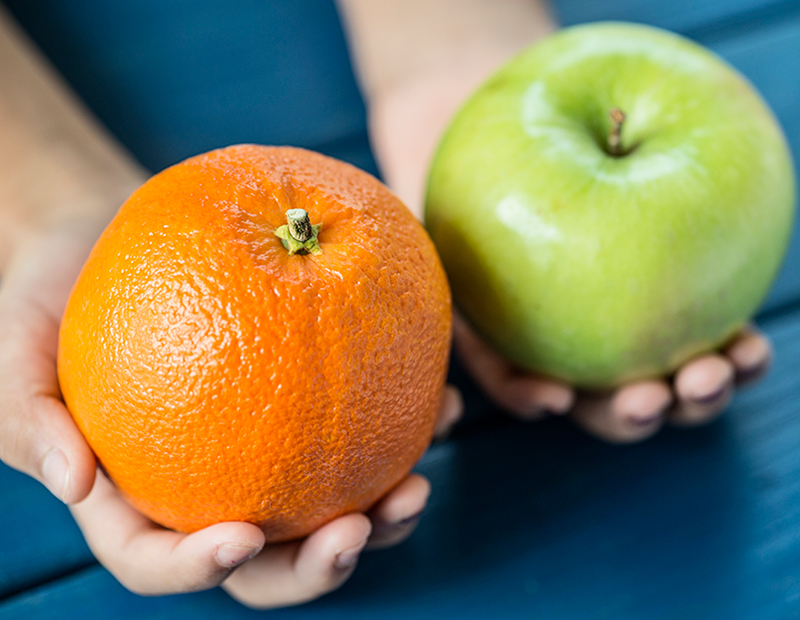