A bulldozer pushes coal onto a conveyor belt at the Jiangyou Power Station on January 28, 2022 in Jiangyou, Mianyang City, Sichuan Province of China.

LONDON — Banks and investors have channeled massive sums of money to support the coal industry in recent years, according to new research, propping up the world’s dirtiest fossil fuel at a time when humanity is facing a climate emergency.

Analysis published Tuesday by campaign groups Urgewald and Reclaim Finance, alongside more than two dozen other NGOs, found that commercial banks channeled $1.5 trillion to the coal industry between January 2019 and November last year.

The research shows how a tiny number of financial institutions from a handful of countries play an outsized role in keeping the coal industry afloat.

Indeed, financial institutions from just six countries — the U.S., China, Japan, India, Canada and the U.K. — were seen to be responsible for more than 80% of coal financing and investment.

“These financial institutions must come under fire from all quarters: civil society organizations, financial regulators, customers and progressive investors,” Katrin Ganswindt, head of financial research at Urgewald, said in the report. “Unless we end financing of coal, it will end us.”

Coal is the most carbon-intensive fossil fuel in terms of emissions and therefore the most critical target for replacement in the transition to renewable alternatives.

Who are the top lenders to coal clients?

The findings outline all corporate lending and underwriting for companies on Urgewald’s Global Coal Exit List but exclude green bonds and financing that is directed toward non-coal activities. The GCEL refers to a list of 1,032 companies that account for 90% of the world’s thermal coal production and coal-fired capacity.

It is the first GCEL finance research update since the COP26 climate conference was held in Glasgow, Scotland late last year. Campaigners say it is for this reason that the analysis should be seen as a benchmark to assess the integrity of promises made at COP26.

Banks like to argue that they want to help their coal clients transition, but the reality is that almost none of these companies are transitioning.

Head of financial research at Urgewald

Major coal-dependent nations at the U.N. talks pledged for the first time to “phase down” coal-fired power generation and inefficient subsidies for fossil fuels. A last-minute intervention to amend the terminology of the Glasgow Climate Pact to “phase down” rather than “phase out” sparked fears among many it would create a loophole to delay desperately needed climate action.

“Banks like to argue that they want to help their coal clients transition, but the reality is that almost none of these companies are transitioning. And they have little incentive to do so as long as bankers continue writing them blank checks,” Ganswindt said.

The NGOs research shows that while 376 commercial banks provided $363 billion in loans to the coal industry between January 2019 and November 2021, just 12 banks accounted for 48% of total lending to companies on the GCEL.

Turów Power Station in the southwest of Poland.

Of these so-called “dirty dozen” lenders, 10 are members of the U.N.’s Net Zero Banking Alliance — an industry-led initiative committed to aligning their portfolios with net-zero emissions by 2050.

A spokesperson for Barclays said the bank had committed in Jan. 2019 “to not provide any project finance for the construction or material expansion of coal-fired power stations or the development of greenfield thermal coal mines anywhere in the world.”

Barclays has since said it will not provide general corporate financing specifically for new or expanded coal mining or coal-fired power plant development and says it has tightened restrictions on financing of thermal coal mining and power clients.

Meanwhile, Mitsubishi UFJ Financial said it has announced targets to achieve net-zero emissions in its operations by 2030 and its finance portfolio by 2050.

“MUFG takes its mission of contributing to the sustainable growth of clients and society seriously, and is therefore committed to operating in a manner that is both socially responsible and in accordance with the long-term developmental requirements of the markets that it operates in,” a spokesperson said.

Mizuho Financial had no specific comment on the NGOs findings but cited an announcement from May last year which said it intends to reduce its full-year 2019 outstanding credit balance for coal-fired power generation facilities by 50% by full-year 2030, and to zero by full-year 2040.

Mizuho Financial also identified firms whose primary business is in coal-fired power generation or coal mining, among others, as firms “highly likely” to be exposed to transition risk. It says it will “implement risk control through engagement” and will not provide financing or investment to be used for new thermal coal mining projects.

Citi declined to respond to the NGOs analysis when contacted by CNBC.

The study found it is underwriting that now accounts for the lion’s share of capital that banks mobilize for their coal clients. Underwriting refers to the process by which banks raise investment or capital for companies by issuing bonds or shares on their behalf and selling them to investors such as pension funds, insurance funds and mutual funds.

In the almost two-year period from January 2019 through to November last year, 484 commercial banks channeled $1.2 trillion to companies on the GCEL through underwriting. Of these, just 12 banks were found to account for 39% of the total underwriting since 2019.

The Industrial Commercial Bank of China, the China International Trust and Investment Corporation and the Shanghai Pudong Development Bank were identified as the top three respective underwriters of the coal industry. Indeed, the only non-Chinese bank among the top 12 underwriters for the coal industry was JPMorgan Chase, the biggest U.S. bank by assets.

Jason Opeña Disterhoft, senior climate and energy campaigner at Rainforest Action Network, said JPMorgan’s list of coal clients in 2021 “reads like a ‘who’s who’ of the most carbon-heavy companies on the planet.”

A spokesperson for JPMorgan Chase said: “Being the first U.S. bank to set Paris-aligned 2030 carbon reduction targets, including for the electric power sector, and creating a $2.5 trillion sustainability effort are clear examples of our ongoing commitment to support the transition to a low-carbon economy.”

Reflecting on the findings of the research, Urgewald’s Ganswindt told CNBC that it was important to see the big picture when it comes to how banks provide support to the coal industry.

“At the end of the day, it doesn’t matter whether banks are supporting the coal industry by providing loans or by providing underwriting services. Both actions lead to the same result: Vast amounts of cash are provided to an industry that is our climate’s worst enemy,” she said.

While banks play a pivotal role in helping coal companies get their hands on the capital through underwriting their share and bond issuances, the NGOs behind the research recognized it is ultimately investors that are the buyers of these securities.

The research identifies almost 5,000 institutional investors with combined holdings of over $1.2 trillion in the coal industry. The top two dozen account for 46% of this sum as of November 2021. U.S. investment giants Blackrock and Vanguard were found to be the two largest institutional investors, respectively.

“No one should be fooled by BlackRock’s and Vanguard’s membership in the Net Zero Asset Managers Initiative. These two institutions have more responsibility for accelerating climate change than any other institutional investor worldwide,” Yann Louvel, policy analyst at Reclaim Finance, said in a statement.

He added it was “absolutely frightening” to see that pension funds, asset managers, mutual funds and other institutional investors were still betting on coal companies in the midst of the climate emergency.

A spokesperson for Vanguard told CNBC that the company was “committed to encouraging companies, through effective stewardship, to address material climate risks” through the energy transition.

“As an asset manager Vanguard has a fiduciary responsibility to the broad range of retail, intermediary and institutional investors who have entrusted us with their assets,” they said. “Our mandate is to invest client assets in accordance with the investment strategies they have selected, and to act as a steward of those assets. We take this responsibility very seriously.”

Top 4 services to look for in a digital marketing agency 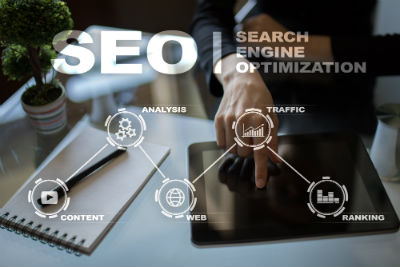