(Bloomberg) — Nomura Holdings Inc. needs to boost the competitiveness of its retail business, analysts say, after the segment posted lower profit than smaller rival Daiwa Securities Group Inc. for the first time in more than a decade.

Most Read from Bloomberg

Nomura’s retail division must shift more aggressively into wealth management to make it more resilient to market turbulence, according to Jefferies Financial Group Inc. Japan’s biggest brokerage should also step up its efforts in areas like digitalization, Morningstar Inc. says.

Nomura is still only halfway there with wealth management, said Hideyasu Ban, an analyst at Jefferies in Tokyo. “It has to move faster.”

The division, which has thousands of employees offering individual clients investment advice and other services, posted pre-tax profit of 5.2 billion yen ($40 million) for the three months ended March 31. That’s an 80% drop compared with the same period last year. Nomura’s full-year retail business profit also fell by more than a third to 59.2 billion yen.

Daiwa, Japan’s second-largest brokerage, recorded ordinary profit of 6.7 billion yen in its retail business for the three months ended March. While the category is slightly different from Nomura’s pre-tax profit, analysts say they’re roughly comparable. It’s the first time Daiwa’s figure has been higher than Nomura’s since at least the April-June quarter of 2011, based on publicly available comparable data.

The reversal indicates Daiwa has gone slightly ahead of Nomura in building sources of stable retail income, according to Ban of Jefferies.

“Our strategy has been right,” Eiji Sato, Daiwa’s CFO, said at a press briefing last week, pointing to the firm’s push into wealth management. “We managed to achieve this much profit in the face of major market adjustment.”

Nomura will press ahead with efforts to strengthen investment consulting services for retail customers, said Go Sugiyama, Nomura’s head of retail. “As the industry leader, Nomura will continue to transition to a sustainable business model centered on consulting in the retail part of our business,” he said by email. “This will result in higher client satisfaction and awareness of the importance of investing for asset formation.”

The brokerage’s retail unit has for years played the role of a shock absorber for overseas mishaps, such as the 311 billion yen hit last year from the implosion of U.S. family office Archegos Capital Management.

On average, the business has generated more than a quarter of Nomura’s annual revenue over the past 10 years. The brokerage’s overseas operations lost money in eight of those years.

“Top management should really focus on the firm’s core strength,” said Michael Makdad, an analyst at Morningstar in Tokyo, speaking of the retail business. “Nomura kind of takes it for granted and focuses too much on building up the wholesale side at the expense of fortifying and expanding retail.”

The pandemic has also accelerated the move toward online broking, so Nomura needs to improve in this area, Makdad said.

Nomura has been working to shift its retail business into U.S.-style wealth management as traditional stockbroking grows less profitable in Japan due to price competition. But Daiwa has moved slightly faster than Nomura in making this transition, according to Makdad.

Most Read from Bloomberg Businessweek

Mon May 9 , 2022
Miami, FL — A strong marketing program can make the difference between stagnant sales and exceptional growth. WP Produce witnessed this first-hand as a result of their partnership with Moxxy Marketing on their Desbry tropical avocados program. WP Produce specializes in premium-quality tropical and exotic fruits and roots, such as tropical […] 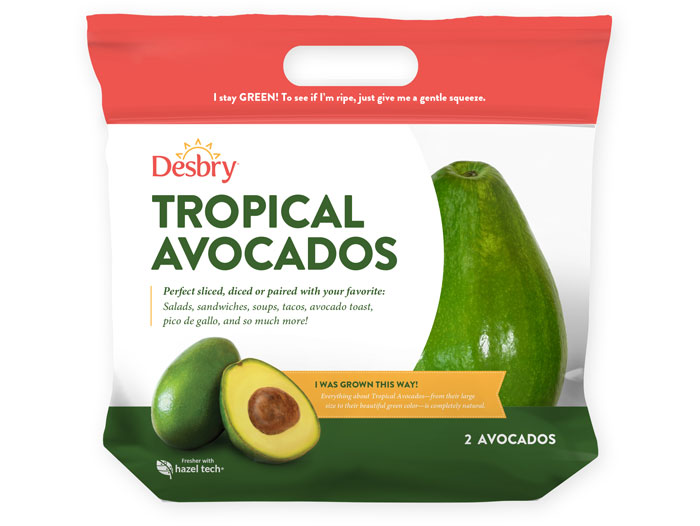