Click here to buy this year’s Premium Career & Salary Survey, a 66-page report that breaks down all the numbers.

There’s plenty for medical marketers to celebrate in the 2021 MM+M/AbelsonTaylor Career and Salary Survey. We sensed the change as soon as the results arrived in our inboxes: Top notes of optimism mingle with a base layer of realism. And it’s hard to miss the faint but unmistakable scent of gratitude.

Despite near-constant COVID-19 uncertainties and headaches associated with virtual work, job satisfaction rose as well, albeit slightly. About 85% of the nearly 700 people who responded to this year’s survey said they are mostly content and their efforts are either thoroughly or generally satisfying. That compares with 82.6% in last year’s results.

Both factors likely contributed to the slight dip in the percentage of workers who plan to pursue a new job in the year ahead, as 22% said they’d be looking, while 31% reported they aren’t certain. Last year, 24% vowed to find work and 32% were on the fence.

Despite the industry’s poor track record when it comes to diversity and inclusion, respondents are encouraged by recent trends. More than 80% reported their organizations are making definitive progress in diversity efforts, while 58% believe that is true even at the executive level.

But to hear respondents themselves tell it, this relative stability may amount to no more than a collective sigh of relief. As disruptive as the pandemic has been to every facet of the healthcare industry, the marketing side of the business has held up remarkably well.

Indeed, with the country roiled by widespread unemployment and job displacement, there’s a lot to be said for remaining in a comfortable professional environment and appreciating that six-figure salary — not to mention the generous retirement, healthcare and dental benefits that often accompany it, per survey respondents.

Respondents also hint at the grown-up acceptance that, in an industry so beset by change, there’s less room for those “grass is always greener” fantasies.

“I’m well-paid and happy to work for a leader in my field,” says one respondent, who heads up digital consumer efforts for a midsize biotech company. “That includes double-digit contributions to my retirement savings, which I know is exceptional. But in return, the culture here is punishing. It demands 50 to 60 hours a week, even if the company won’t admit it.”

So yes, the respondent listens when recruiters call, generally offering sign-on bonuses of 25% of his new salary. “But I’m increasingly aware of the risks. What efforts aren’t the new company funding to pay people like me that bonus?”

His overall assessment? “It’s been my experience that the best-paying jobs are also usually the worst jobs,” he says. “It’s taken me a long time to realize that, in career math, everything is a trade-off.”

Those in publishing and media, a much smaller part of the sample at just 6% of respondents, earn the least, around $133,100. Individuals who work for suppliers, ad tech firms and distributors average $175,000.

Only a small percentage, about 11%, earn commissions. The vast majority, nearly 80%, receive bonuses.

Going by market sector, 65% of respondents do at least some work in prescription pharmaceuticals, with 33% involved in biotech, 31% in medical devices and 19% in OTC drugs. That plays a crucial role in salary slotting, with those in biotech earning the highest average pay at $189,000, followed by prescription pharmaceuticals ($184,900) and medical devices ($175,200).

Individuals employed by the largest companies again represented the biggest slice of respondents, with 38% reporting their employers have annual revenue of $100 million or more. About 26% toil at medium-sized companies, with yearly sales between $20 million and $99 million. And 35% work at organizations with sales of less than $20 million.

The larger the employer, the more likely the respondent is to be looking for new opportunities. More than half of those working for the largest companies said they are on the hunt. Employees who work for manufacturers are by far the most restless, with 45% reporting they plan to seek a new gig. That compares to just 28% of agency folk.

The average age of this year’s respondents was 49.6, with women tending to be a bit younger (48) than men (52.4, with a single 91-year-old skewing the age calculus). They’ve spent an average of almost 19 years in the industry and have worked at their current gig for six years. The longer they’ve been in their position, the less likely they are to be scouring LinkedIn and Indeed.

“There is an interesting dynamic between salary and satisfaction these days,” notes one respondent, who works at the director level in the autoimmune division of one of the largest drug companies. “Anyone with any length of time in the industry has gotten very used to being told to do more with less. We all know changing jobs is the best way to get a one-time jump in salary. But we’re also aware that a change very often lands people at companies that give you even less of the resources you need to do your job well.”

Along with so many other women in the industry, this respondent continues to feel demoralized by widespread gender discrimination. Women still earn far less than men, at about $158,800, compared to men’s average pay of $195,300. While that gap is a smidge smaller than last year, when women averaged $145,100 to men’s $187,000, it’s still $36,500. Put another way, that’s enough for a new Mercedes-Benz or your first-born’s freshman year tuition — at most universities, anyway.

Interestingly, about 13% of women believe they make more than their peers. But 46% believe they are underpaid; only 39% of men feel the same.

This all informs one hard-to-explain finding about women marketers, who account for half of the survey’s sample: While they are less likely to say they find their jobs satisfying and significantly less likely to see room for advancement with their current employer, they’re also somewhat less likely to be job-seeking.

Perhaps one explanation lies in the ongoing “she-cession” happening in most industries: Women have lost more jobs during the pandemic and left work more frequently, shouldering disproportionate childcare burdens amid the pandemic landscape. For many families, the ability to work remotely — a “benefit” available to 65% of survey respondents — feels like as much of a curse as a perk.

Those that are toughing it out via remote work are often disproportionately stressed out, as companies expect more and more from employees. One executive tells us protecting their team from those ever-encroaching corporate demands has become a significant part of the job.

Many are excited about the gains women are making, especially at the highest levels  — but “certain parts of our organization, and the industry at large, are still very male, including tech, R&D and physician-led divisions,” the respondent notes.

Nor are they blind to the industry’s persistent racial inequities. While 79% of respondents believe that women are more present in company C-suites, 53% say the same doesn’t hold for people of color.

To that end, for the first time MM+M gave respondents the chance to self-identify by background, with 6.4% describing themselves as a person of color and 4.1% identifying as a member of the LGBTQ community.

Split equally between the manufacturing and agency worlds, this group seems less certain about their professional plans going forward, with 38% saying they’re not sure if they’ll look for a new job or not, compared with 31% of the overall sample.

Contextually, that aligns with broader industry concerns around both mid-pandemic life and work and the toll it exacts, especially in such a pressure-laden environment. Many respondents, it appears, believe they’re worth every cent.

“We’re not selling candy bars,” says the marketing director. “This is hard work and there are so many things working against us — for instance, maybe a drug doesn’t perform as well as we thought it would. And in society, pharma is still very much the bad guy.”

Meanwhile, hybrid working arrangements have dimmed the transparency of many corporate environments, making a job switch feel more like a jump into a swampy pond than an ascent up a well-lit ladder.

“You can ask questions, but you always wonder: Is this going to be the company or the boss who expects me to work 24 hours a day? Or to accomplish miracles with a constantly shrinking budget?” the marketing director continues.

She adds that this kind of skepticism permeates conversations she has with her industry peers. “You can trade up for a better salary, but you’re always aware that there is a risk that at least something about the new job will be worse than what you currently have.”

What Things to Look for in a Digital Marketing Agency? Benefits & More!

Thu Jan 6 , 2022
2021 has been the year of major enhancements and innovations. During the pandemic, people have become more inclined towards the Internet. From shopping groceries online to searching for products related suggestions, more than 80% of the audience rely on search engines for quality results and user experiences. This digitization has […] 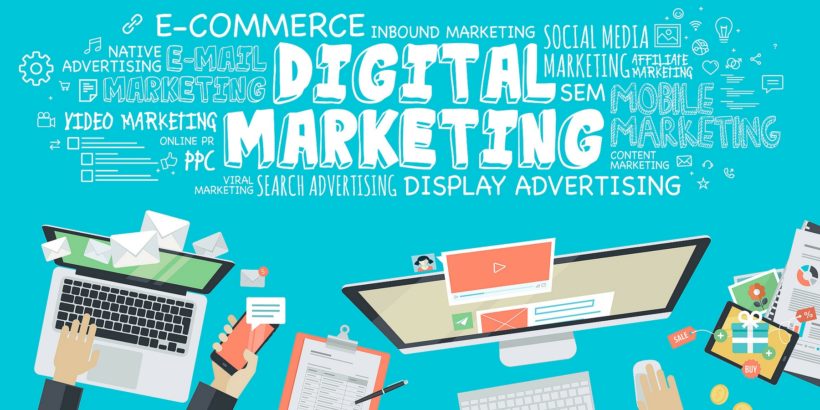