Among American corporations, the rental car company Hertz has it all.

Billions diverted to shareholders while thousands of employees get laid off? Check.

That’s quite a record for a company that was once held up as the quintessential customer-oriented service brand. It has earned Hertz what corporate bigwigs no doubt consider a badge of honor: a rocket from Sen. Elizabeth Warren (D-Mass.).

In a blistering letter dated Dec. 6, Warren asked the company to explain its recent decision to spend up to $2 billion buying back its own stock, given that it only emerged from bankruptcy in June. Presumably Hertz needs all the capital it can muster to rebuild its business and reputation from the depths of the pandemic, which brought it close to death.

Instead, Warren observed, much of that $2-billion gift will flow to the private equity firm Apollo Global Management, a member of the investment clique that bought the company out of bankruptcy.

Most of the money will be used to repurchase preferred stock that Apollo and other private investors acquired in return for financing Hertz’s exit from bankruptcy, but they’ll receive a handsome profit — about a 70% annualized rate of return on what was effectively a five-month investment.

The preferred shares will be repurchased at a 25% premium — the holders will receive about $1,250 each for shares that were issued at $1,000.

This decision and others, Warren remarked, “reveals that the company is happy to reward executives, company insiders, and big shareholders while stiffing consumers with record high rental car costs and ignoring the recent history that nearly wiped out the company.”

No one should be surprised at Warren’s questions about the share buyback. These transactions have long been a target of business economists and corporate critics in Congress, who assert that they divert corporate resources that should go instead to investing in the business and its workforce.

Indeed, President Biden’s Build Back Better framework has included a 1% surcharge on buybacks, though it’s unclear whether the tax will be enacted.

Buybacks “make no contribution to the productive capabilities of the firm,” economist William Lazonick of the University of Massachusetts and colleagues observed last year in the Harvard Business Review. He and his coauthors were especially critical of debt-financed buybacks such as Hertz’s. Those cases, they wrote, are “bad management, given that no revenue-generating investments are made that can allow the company to pay off the debt.”

Hertz said in announcing the deal that the “repurchase program allows for ongoing and profitable investment in the business.” A spokesperson told me the company will respond to Warren’s questions by the deadline she set, Dec. 17.

Warren also referred in her letter to how Hertz executives made out great on either side of the bankruptcy. Three days before its bankruptcy filing, the company said it agreed to pay retention bonuses totaling $16.2 million to executives.

Among the handouts were $700,000 to Chief Executive Paul Stone, who had been appointed to the post a few weeks earlier; $600,000 to Chief Financial Officer Jamere Jackson; and $189,633 to Chief Marketing Officer Jodi Allen.

The timing was exquisite — by reaching the agreements before filing its bankruptcy petition, the company didn’t need a bankruptcy judge’s permission.

In August, after exiting bankruptcy, Hertz paid out another tranche of retention bonuses. Stone got $1.4 million and three other top executives received a total of $1.765 million. Less than two months later, Stone stepped down as CEO, though he stayed on as chief operating officer. His successor, Mark Fields, is to receive an annual salary of $3.25 million plus a grant of 500,000 shares of stock.

So that takes care of inside shareholders and executives. What about consumers? They haven’t made out so well. Median rental charges at Hertz were running 147% above pre-pandemic rates in August, by the reckoning of Hamzah Mazari, an analyst at Jefferies.

Rates have risen throughout the rental-car industry, Mazari noted, partially because of surging demand and the difficulty of adding cars to company fleets. But Hertz’s increases surpassed those of competitors Avis (50%) or Enterprise (57%).

Some of the horrors that Hertz has visited upon its customers through filthy cars and unwarranted fees have been chronicled by my colleague David Lazarus.

The trophy for Hertz-borne mistreatment, as well as one for outstanding consumer pushback, probably belongs to Kate Klonick, a New York law professor who suffered the tortures of the damned when trying to collect a reserved car from Hertz in Brooklyn on the Sunday before Thanksgiving.

As Klonick wrote in the short version of her painfully detailed Twitter thread:

“Hertz refused to honor our contract, we had to call 20+ times, were hung up on 6 times, were 2 different locations that couldn’t help us on our own dime, tried to make us pay $1800 for a new rental 4 times, and ended up making us pay $500+ over quoted price for a bad car.”

Fortunately for Klonick, her tweets went viral and became featured in a raft of news articles, some on the theme of how Hertz had picked the wrong customer to abuse.

Eventually, a Hertz representative reached out to her and agreed to refund what she says was the ultimate overcharge of $548.07 for the car she eventually got, but not the $133.51 in Uber charges she incurred traveling from location to location to pick up a car on Hertz employees’ instructions.

What brought Hertz, which used to dominate the car-rental market (remember when Avis built its advertising campaign around the boast that it was “No. 2,” but “We Try Harder”?) to this wretched pass?

It’s certainly true that the collapse of demand during the pandemic had much to do with the company‘s decline. In March 2020 it began laying off or furloughing 20,000 employees, half its payroll. During its bankruptcy Hertz sold almost 200,000 cars, “reducing the fleet size by nearly one-third,” Warren observed.

But the disaster was seeded long before the pandemic — as long ago as 2012, when it bested Avis in a battle for the Dollar and Thrifty rental chain by paying $2.3 billion, which was seen even at the time as a massive overbid. Strategic missteps compounded the trouble, including a focus on sedans and compact cars when renters preferred SUVs.

By 2017, Hertz was in the red, its shares notching double-digit percentage drops day by day. Its market capitalization fell from $5.5 billion before the acquisition to $1 billion by May 2017 and its debt soared, reaching $17 billion just before the bankruptcy filing.

Hertz lost a total of $273 million in 2018 and 2019, and $1.86 billion in 2020. Hertz also had to restate its earnings from February 2012 through March 2014 to correct what the Securities and Exchange Commission said were material misstatements, and paid a $16-million penalty in 2019 to settle the SEC complaint.

Bizarrely, once in bankruptcy Hertz became a meme stock, favored by denizens of internet message boards despite its unprepossessing condition. Buyers started snapping up shares, disregarding the conventional wisdom that shareholders almost always get wiped out in a bankruptcy.

Hertz tried to exploit the investor interest by launching a share offering while it was in bankruptcy. Hertz specifically warned would-be buyers that they were unlikely to end up with anything after the bankruptcy ran its course, which normally satisfies SEC standards favoring full disclosure of risks, the SEC effectively shut down the offering.

This turned out to be a case in which the plungers read the fine print more closely than the experts. Hertz had noted that a recovery for shareholders “would require a significant and rapid and currently unanticipated improvement in business conditions to pre-COVID-19 or close to pre-COVID-19 levels,” and that’s largely what has happened. Hertz has shown a $627-million profit on $5.4 billion in revenue for the first nine months of this year, which ended Sept. 30.

Yet one wonders if the company is still a decent bet. In many ways it’s still a “story stock” — one that appeals to investors more through conjecture about the future than a sober analysis of the past, especially the recent past.

Customer service problems are common enough to fill a Facebook page titled “Hertz Rent-a-Car Sucks” with stories about defective cars and miscellaneous unwarranted fees. Hertz experienced a wave of free positive publicity in October when it said it had placed an order for 100,000 electric cars with Tesla for delivery by the end of next year.

That made it sound as if the company had placed itself in the vanguard of transport innovation, except that the delivery schedule appears to be ambitious, to say the least. Tesla boss Elon Musk tweeted shortly after Hertz’s announcement that no contract had been signed at that point, and Tesla has made clear that Hertz will have to stand in line like any other buyers to receive its cars, which makes it unlikely that it can place 100,000 Teslas on the road by the end of 2022. Nor will Hertz get a volume discount, as other carmakers have customarily awarded fleet buyers such as rental companies.

So there we are. Hertz may prove to be a harbinger of the post-pandemic recovery, or it could be hobbled again by a slowdown caused by the Omicron variant of the virus causing COVID-19. It could shed its decade-long aura of mismanagement, or it may not. Recent events, as Warren suggests, are less than auspicious.

“You owe your customers and the public an explanation for this $2 billion buyback, and whether it is in the best interests of the long-term health of the company and its consumers,” Warren wrote. She asked the company to respond to her questions about the buyback by next Friday, and thus far hasn’t heard back.

Wed Dec 15 , 2021
Web Exclusive The PCA being extended to NBFCs may prove to be a good decision for the long-term as it will encourage good practises and is also expected to improve governance Topics NBFCs | RBI | PCA Nikita Vashisht  |  New Delhi  Last Updated at December 15, 2021 13:15 IST […] 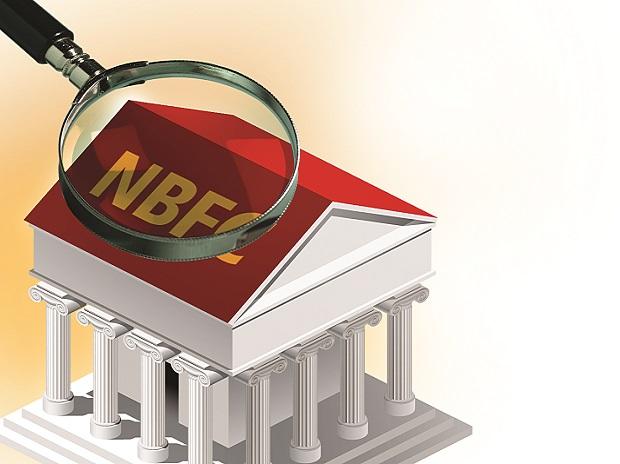