Newly published public records have revealed the earnings of the Guggenheim Museum’s director, Richard Armstrong, increased by more than $400,000 between 2019 and 2020.

The pay increase was awarded despite the museum pledging to cut salaries for its top executives during Covid-19, and while dozens of staff were made redundant due to the apparently “devastating” impact of the pandemic on the institution’s finances.

In July 2020, during an all staff meeting, Armstrong told Guggenheim staff he would “extend my reduction as long as necessary”. He also indicated the Guggenheim would “look at [the salary] of the top people again”.

In April 2020, Guggenheim executives also publicly said pay cuts of 5-25% would be implemented for employees earning over $80,000.

But, as data from the Guggenheim’s Internal Revenue Service filings suggests, the leadership of the museum proceeded to privately do the opposite of what they publicly pledged to staff.

The Guggenheim’s 990 IRS Filings, a form the US Federal government uses to gather information about tax-exempt organisations, shows Armstrong’s total compensation increased from $1,073,991 in 2019 to $1,504,081 in 2020. The 990 form also shows details of the $5,938,000 loan the Guggenheim received as part of the federal government’s Paycheck Protection Program (PPP), a tax-funded loan sceheme designed to help businesses keep their workforce employed during the Covid-19 crisis.

The figures will no doubt provide painful reading for the dozens of former Guggenheim staff who are now seeking work elsewhere. On 16 September 2020, just weeks before the Guggenheim reopened to the public, staff were made aware of an 11% reduction of employment numbers, with 24 workers losing their employment outright. An additional eight employees accepted voluntary separation packages.

“The impact of the Covid-19 pandemic on the Guggenheim has been devastating to our finances,” Armstrong said in a letter to employees at the time. “I am deeply saddened to say that the museum will not have the ability to support our previous number of staff members.”

“We have leaned into all the options we have available,” the letter continued. “These very difficult decisions will help us navigate the balance of 2020 and establish a stronger foundation for the future.”

The New York Times reported then: “In addition to a hiring freeze, the museum has instituted salary reductions of up to 25% for senior employees, including Mr. Armstrong, who will receive pay cuts through 2021.”

A Better Guggenheim, a coalition of current and former staff that campaigns anonymously to end the Guggenheim’s “deep culture of fear”, brought attention to the figures via social media postings.

“We believe Guggenheim staff, past and present, members of the A Better Guggenheim community, and the general public deserve to know why Richard Armstrong effectively received a 40% increase in compensation in 2020,” the group said in a statement. “Given how many of our colleagues lost their employment in 2020, in the midst of a global health and economic crisis, we hope there is a justifiable reason for this discrepancy. We await Guggenheim leadership’s explanation.”

Armstrong’s significant pay increase is due to what is termed “deferred compensation”, which allows employees to collect income at a later date, the museum has stated. The museum’s filings show Armstrong has this year received hundreds of thousands of dollars in deferred compensation earned since 2017 for “continued service through January 2021”.

Armstrong’s pay increase is additional to his base compensation—a figure that usually corresponds to his annual basic salary—and is listed on the form under Retirement and Other Deferred Compensation. His base compensation has remained relatively steady, though it did increase from $828,001 in 2019 to $857,491.00 in 2020—the highest it has ever been.

The Guggenheim did not respond to The Art Newspaper’s request for comment and clarification at the time of publication. But a spokesperson for the museum told Hyperallergic that deferred compensation is “part of [Armstrong’s] multi-year contract which was determined by the Board of Trustees in 2019.”

The museum has declined to publish a detailed breakdown of Armstrong’s actual salary or compensation figures. But the Guggenheim spokesperson also told Hyperallergic that Armstrong took a 25% pay cut from May through December 2020, and “the reduction did not apply to compensation earned in prior years that was paid in 2020.”

Wed Feb 2 , 2022
Texas-based Idera, Inc. announced it has acquired Yellowfin International Pty Ltd, a heretofore independent Business Intelligence (BI) company headquartered in Melbourne, Australia. Terms of the deal were not disclosed.  Idera, a company perhaps best-known for database monitoring and management tools, also has gained an array of developer tools through acquisition. The […] 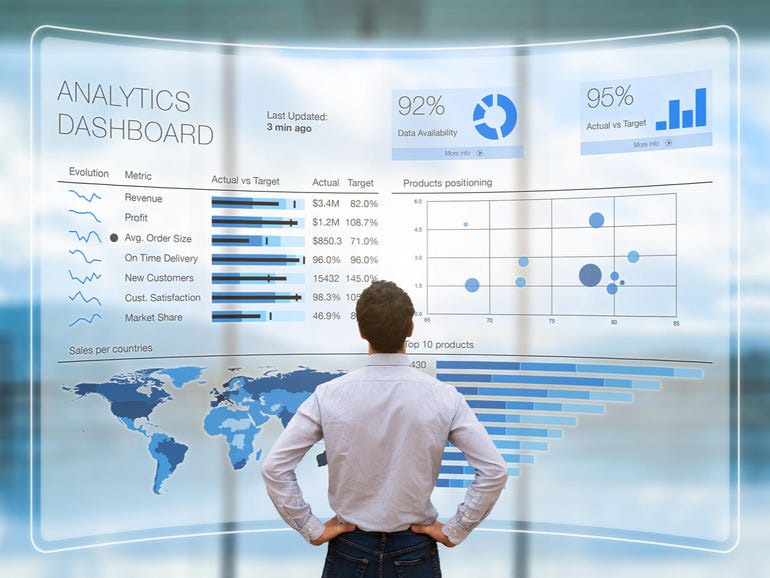