In a nightmare for more than 150 employees, homegrown edtech startup Lido Learning which is backed by top entrepreneur Ronnie Screwvala, has apparently shut operations, forcing its workforce to seek help via social media platforms.

Several vendors and employees of Lido Learning took to social media and professional networking platforms, complaining about delayed payments and no salaries for nearly two months.

“My 1st worst experience in the edtech industry. The company closed its business suddenly in the morning, 2 days before salary day without giving any notice to anyone. It is no other than LIDO,” Rishabh Kumar, assistant marketing manager at Lido Learning, posted on LinkedIn.

“Everything was going well and suddenly on February 4, 2022, an official town hall was announced in the morning. The founder announced that the organisation is having no funds to run its business and they are shutting it down,” Kumar posted.

According to employees, Lido Learning’s Founder Sahil Sheth addressed the town hall meeting, informing them that the startup is going through financial constraints.

Another former Lido employee who quit in November posted on LinkedIn that he was still unpaid despite several attempts.

An industry source told IANS that Lido Learning has shut operations and has sent email notices to its employees.

The startup was yet to make an official announcement on shutting its operations.

“What happens to the 40k to 80k paid by parents to #LidoLearning – whatever little they collected, should be returned back as they shut shop right or all of that money goes down the drain for parents? Am sure then they will drag Lido to court and rightly so!” Akshay Shah – Founder CEO, iWeb, posted on Twitter.

Lido Learning had said it will use the money to fuel its expansion plans in India as well as expand its global footprint.

The startup has raised nearly $24 million to date.

In a LinkedIn post, Nitish Banka, who is a Supreme Court lawyer, sought fair treatment for teachers/students and employees at Lido Learning.

“I have been informed that the employees and teachers who have put in hard-earned efforts into running this startup LIDO Learning are not getting paid due to the startup facing funding issues,” he posted.

“I want the startup to treat all their employees, students and teachers or face legal action,” he added.

The startup told teachers in an email that it “was facing financial difficulties” and is committed to “pay your dues, as mentioned in your service agreement, in the next 90 days”.

Grover’s audience reflects a troubling culture of admiring brash personalities and a generation that is on the constant lookout for masala characters and content, experts said.

Where Business Intelligence is heading?

Tue Feb 22 , 2022
Where is Business Intelligence Heading? Everyone keeps talking about how Business Intelligence became mainstream in the last few years and reached a point where it is a must-have asset for both large and mid-sized organizations. It’s more important now than ever to make data-driven business decisions using the power […] 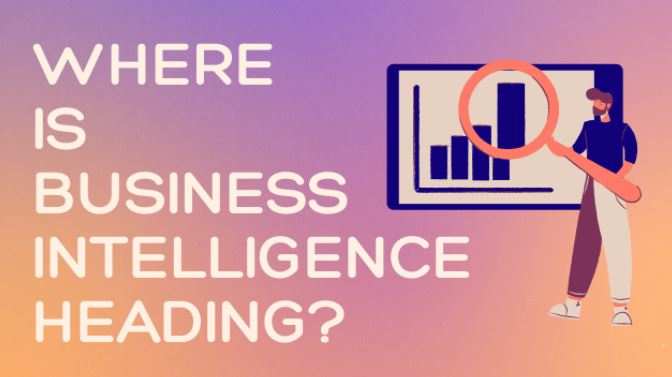