Garza applied that advice in his own life, starting out with the rest of his family following the farmworker trail. Over time, he became a manager for an agricultural supply company, then branched out into sales. Now he owns his own business, Garza Insurance, part of Farmers Insurance Group, in Othello.

“I was 7 years old. Hoeing sugar beets in Geary, Nebraska, is where it all started,” he said.

The Garza family had a yearly routine.

“They traveled around the United States,” he said. “Farmworkers. They followed the crops. A normal year would be to go to Nebraska in mid-March, (where) we did sugar beet harvest. Then we would go to California and do grape harvest. Then we would head north, come to Washington and do potato harvest. And that was our life for quite some time.”

The family spent part of each year in Washington, living in Pasco, as well as Othello.

“We grew up here,” Garza said. “Lived in Othello, over on Soda Street.”

Garza finished secondary school in Mexico at about 14, he said, and when his dad asked about his ambitions, he said he wanted to be a lawyer. His dad was fine with that, as long as he went to college in Mexico. Family members agreed to let him live with them to go to school. But college was a big ask for a 14-year-old who had never been away from his family.

“It lasted about two weeks for me,” he said. “I was just scared.”

His dad made clear he would be expected to work if he quit school.

“He said, ‘Look, if you come back to the States, you aren’t going to go to school, you’re going to go work,’” he said.

But that was okay, he said, since he’d worked his entire life. So Garza came back to Washington, working with his family.

“I think I was 18 when I took my first permanent job,” he said. “I went to work for the J.R. Simplot Company in the fertilizer and chemical division in Royal City, Washington.”

He worked for Simplot for about 15 years, he said, transferring to the Bruce facility, getting married and starting a family. And he got a GED.

He’s good at spelling, he said, and helped his sister-in-law with a party invitation. She jokingly suggested both of them pursue a GED.

He skipped the class, took the test and passed.

His job changed as his circumstances changed, he said, and after a reorganization at Simplot he went into sales.

“I became a financial services professional,” he said. “I got my securities license. So that’s where a lot of the sales skills came from.”

Jumping into a new career was a challenge, and there’s no real way to prepare for it, he said. He worked closely with the person who recruited him, he said, and the company had an excellent training program.

But the stock market crash of 2008 put an end to that career for the time being.

“I lost my clientele, and it was time to continue to feed my family,” he said.

So he went back to work at Simplot, until he was contacted about buying his own insurance agency. And he was interested.

“Growing up, I wanted to be my own boss,” he said.

However, the financing didn’t work out, and he found another job. After about a year, Farmers Insurance contacted him again.

“As it turns out, they were the finance company for me,” he said.

“My biggest thing is, I take pride in educating the Hispanic community,” he said. “I feel they go and make purchases without knowing the logistics, without knowing how convoluted insurance can be. It shouldn’t be an impulse purchase.”

Good customer service is an essential part of his success, he said. It’s important to explain to the customer what they’re actually buying, he said, and because of that, customers have opted to buy from him, even if the policy is a little more expensive.

He’s a member of the Othello School Board, and is a devout Christian, active in his church, the Bethel Assembly of God.

He wrote that on a white board the first week he opened the agency, he said, intending to change the sayings weekly as a motivational tool. But he hasn’t changed it in six years, he said.

Garza and his wife Eva have four children: two sons who are teachers in the Pasco area, a son who is an Othello Police Department officer, and a daughter who is training to be a dental hygienist. He said he told all his children they would go to college, and they all did. In fact, one of his goals is to get a college degree.

“It’s on my bucket list. I promised my kids that before I die, if the Lord tarries, I will get some sort of college degree,” he said. “One day, I will. I’ll enroll and I’ll get a degree.”

Garza said he doesn’t know if the insurance agency is the last stop in his career. It might be, but another opportunity may arise. He ran for Adams County commissioner, and said he’s interested in getting involved in politics.

It will all come back to hard work.

“I told my kids, ‘You’re not quitters. Life is going to teach you the hard way. When you fall, if you fall three times, just make sure you get up four. Be sure not to trip over the same rock.’”

6 Ways CFOs Can Use Business Intelligence to Stay Ahead

Tue Nov 30 , 2021
by Analytics Insight November 30, 2021 Know more about Business Intelligence and how it can add value Finding an advantage in today’s business environment is increasingly challenging, and effective corporate leaders will take advantage of every tool available to help enhance their competitive edge.  Robust business intelligence (BI) is one […] 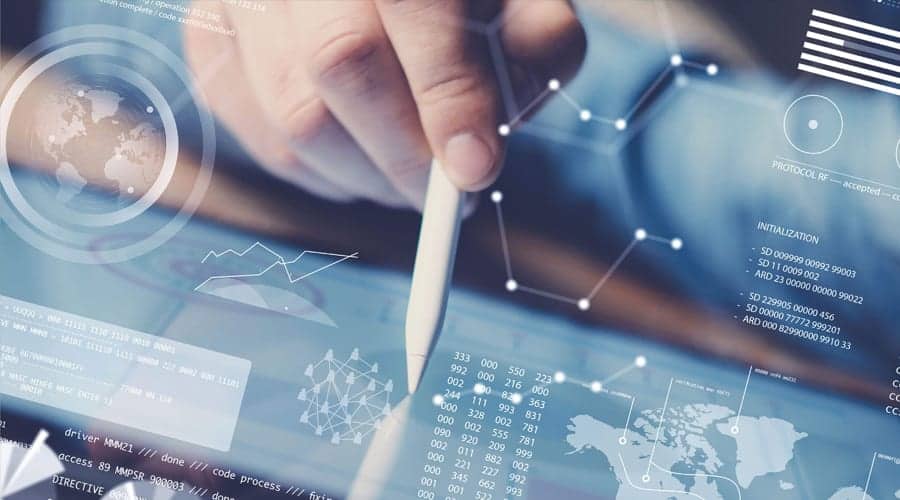