In a research note published Wednesday, Ferragu lays out the case for why the food-delivery giant and the ride-sharing service would be a perfect match. The logic isn’t hard to see.

Ferragu says combining the businesses would keep drivers busier, allowing them to make more money, while also reducing the cost of finding new customers. He says the combination of food delivery and ride sharing is paying off for both

(ticker:UBER) and for Singapore-based Grab (GRAB), and that the same would be true for

A spokesperson for DoorDash (DASH) declined to comment on Ferragu’s note or the potential for a merger, but did point to previous statements that contradict his view that the work that drivers for the two companies do is comparable.

On the most recent DoorDash earnings call, CFO Prabir Adarkar said that “the people that generally become Dashers are a very different audience than the types of people that the other gig economy competes are … competing for.” On the call, Adarkar added that recent survey data showed that “over 90% of Dashers said that they have no plans to drive for rideshare and only 4% say they prefer to drive rideshare compared to food delivery.”

Lyft (LYFT) didn’t immediately respond to a request for comment.

“Ride sharing and delivery have complementary demand patterns,” Ferragu writes. “Combining both services offers drivers increasing utilization and as a result better earnings.” Uber drivers that do both delivery and ride sharing earn 1% to 5% more than drivers who focus only on mobility, he says.

“This is a strong competitive advantage to attract drivers in a supply-constrained environment,” he writes. The timing of demand for mobility and delivery is complementary, he says, with ride demand highest during commuting hours, but food delivery heaviest at lunch and dinnertime.

Ferragu also points out that there is evidence consumers are increasingly taking rides and ordering food from the same platform. He says that users relying on both services account for 46% of Uber’s bookings, while 56% of Grab’s customers use more than one of its services. And he says that consumers who use both rides and delivery spend 75% more on average than the single-platform users and have much higher retention rates.

The analyst notes that Uber acquires twice as many delivery users from its ride app than through paid channels, and at 25% of the cost. Multiplatform companies inevitably  are going to be more profitable than their more focused rivals, he says.

“Uber generates stronger incremental economics in the U.S. than DoorDash” in the delivery business, while increasing bookings faster. The implication, he writes, is that “they can acquire new business at a lower cost, despite being smaller” than DoorDash in terms of food deliveries.

Ferragu concludes that on a combined basis, DoorDashLyft would generate 30% higher earnings before interest, taxes, depreciation, and amortization, than the two would on a stand-alone basis.

He doesn’t address the mechanics of a potential deal, but it seems clear that it would require either a stock swap or considerable financing. DoorDash, which has about $4.5 billion in cash and securities on its balance sheet, has by far the larger market capitalization, at $38 billion, versus $12 billion for Lyft.

Both companies have had difficult journeys in the public market. DoorDash went public in December 2020 at $102 a share, opened for trading at $182, and last fall peaked on an intraday basis at $257. On Wednesday, amid a broad-sell off in tech shares, DoorDash was down 7.7%, to $109.04.

‘The interest earnings can be 10-fold.’ Where to find the best savings accounts

Thu Apr 7 , 2022
Where can you put your savings to earn more in interest? Getty Images Inflation sits at a 40-year high, but that doesn’t mean you shouldn’t have some money in your savings account for emergencies, pros say. “One of the primary reasons is the relative safety that the savings account provides […] 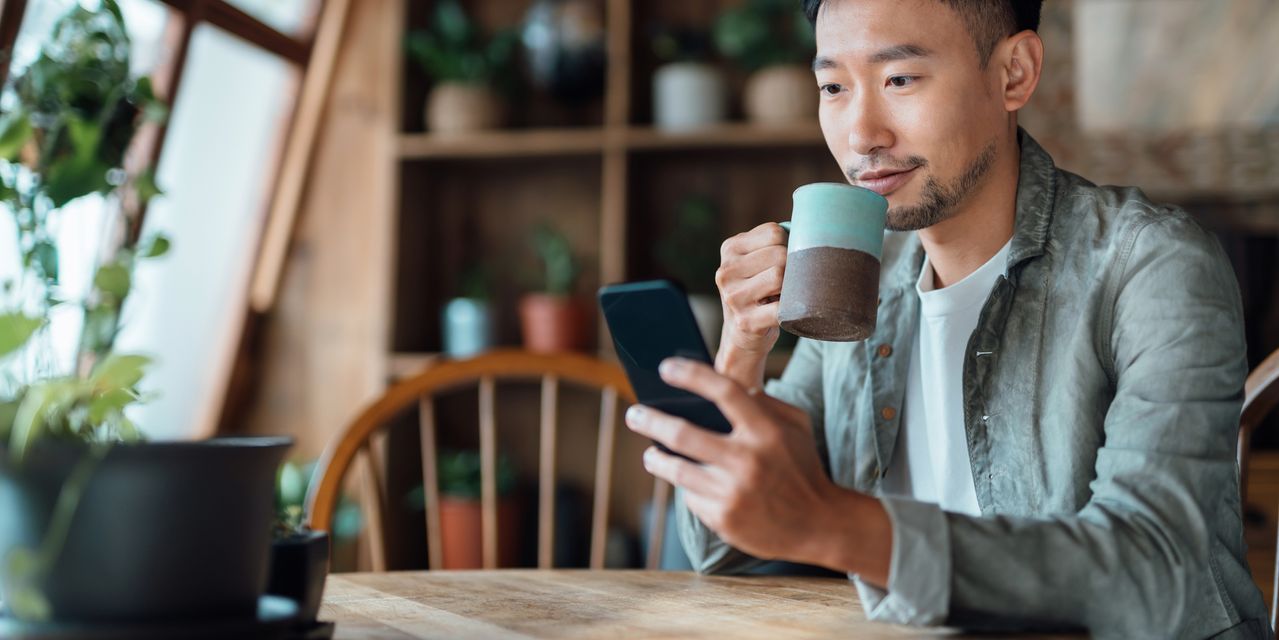