The U.S. economy appears strong headed into 2022 and that momentum should carry through the rest of the year, despite the challenges of a tight labor market, inflation, supply-chain disruptions and an unpredictable pandemic.

That’s the conclusion of Ellis Tallman, executive vice president and director of research at the Cleveland Federal Reserve Bank, who on Wednesday presented his team’s economic forecast for 2022.

“The outlook looks challenging for the Fed, but also looks quite promising for economic activity,” Tallman said Wednesday during the Cleveland Fed’s first installment of its FedTalk series this year.

Much of this outlook hinges on the path of the COVID-19 virus and its propensity to disrupt business activity, Tallman said.  However, the consensus within the health community is that the latest variant, Omicron, is likely to peak over the next several weeks and then drop rapidly.

“If that takes hold, the surge in Omicron will have what is mainly a temporary effect,” Tallman says, impacting in-person service businesses such as restaurants, entertainment venues and air travel the most.  However, he clarifies that this impact, while temporary, could persist over several months and have ramifications in these business sectors.

Tallman says the economy rebounded rather quickly from the initial “pandemic recession” that began in March 2020.  “The National Bureau of Economic Research has announced the pandemic recession only lasted two months,” he said. “It didn’t take the United States that long to surpass the level of GDP that we were at prior to the pandemic,” while other countries have had a much more difficult time recovering.

Indeed, GDP growth during the fourth quarter of 2021 stood at 7%, while annual growth was measured at 5.5%.

GDP growth during the first quarter of 2022 is projected to grow about 2% because of the Omicron effect, but should post average gain of 4% by the end of the year, Tallman says.  In 2023 and 2024, Tallman said GDP growth is projected to average approximately 2% for each year. “Some commercial forecasters are more optimistic, some are less optimistic,” he notes.

Employment has yet to reach pre-pandemic levels, Tallman said, but noted the numbers aren’t all that bad. The economy in 2021 added an average of 500,000 new jobs per month, for example, and non-farm employment grew by nearly 19 million since April 2020.

Nevertheless, overall employment across the country is down 3.6 million, or 2.3%, from February 2020, Tallman says.

The U.S. unemployment rate stood at approximately 4% in December, just a half-percent higher than pre-pandemic levels, Tallman says. This, he continued, is evidence of a tight job market that is enticing fewer people into the workforce.  “It’s down noticeably since the start of the pandemic,” he says.

Tallman says it’s still too early to determine why the employee pipeline has dried up.  “There’s a lot of speculation as to what is keeping people out of the labor force – could be a lack of child care, the lack of adult care, retirements, or the Great Resignation,” he says. “At this point, I think it’s too soon to tell.”

It’s no surprise that these factors have led to increased wages at a pace the market hasn’t experienced in years, with job openings standing at 10 million positions, Tallman adds.

“All this translates to relatively strong spending now and going forward,” he says.

Still, there are serious lingering effects from the pandemic that continue to compromise business activity across the country, namely supply chain-issues affecting retailers and goods producers, Tallman says.

According to a U.S. Census survey, approximately half of those businesses polled reported having some difficulty with supply delays, Tallman noted.

Based on the Cleveland Fed’s research sample, it’s likely that these supply issues won’t be resolved until the second half of this year or later, some perhaps into 2023. “This is a lot more persistent than we anticipated last year.”

“The forecast from a year ago typically thought these supply issues would be temporary and resolved throughout the year,” Tallman says. “Well, we miscalculated.”

It’s unclear as to how long inflationary pressures will persist, he says, noting the Fed is monitoring whether there is a long-term inflation problem, or whether prices will ease once supply chains begin to free up, Tallman says.

“Eventually, these supply chain issues will run their course,” he says.

This month, the Fed also announced it would reduce its asset purchases as the economy recovers. It’s also projected that the Federal Funds Rate — the targeted interest rate set by the Federal Open Market Committee — will increase by .75% by the end of 2022.

“There is some confidence that the Omicron surge will not throw off the expansion,” Tallman says, but qualifies that “the pandemic remains an important element of the economic outlook.”

While Omicron should have an immediate, sharp impact on the economy during the first quarter in 2022 and possibly delay supply chain fixes, there is a sense that it wont be enough to derail the overall economic recovery.

“If the pandemic analysts are correct, it might be over more quickly and people will push through it,” Tallman says.

Sat Feb 5 , 2022
Retailers cannot ignore the physical store when designing Gen Z omnichannel marketing and CRM strategies. According to a new consumer survey from CM Group, a portfolio of marketing technology companies, 47% of Gen Z respondents (those born in 1997 and later) prefer to shop in a store compared to online, […] 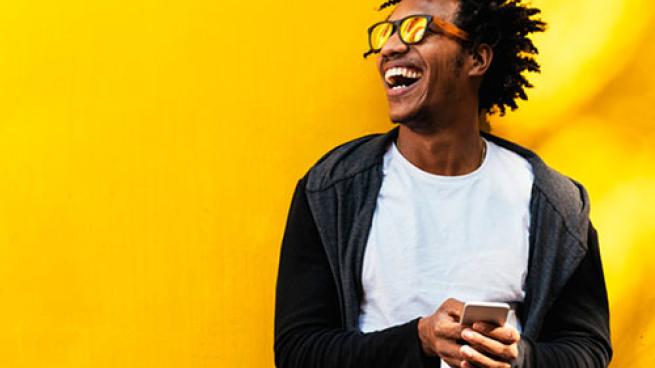