Chick-fil-A, the fast-food chain best known for its chicken sandwiches and Sunday closings, reached $5.8 billion in revenue in 2021. This was up 33.3% from the previous year. With its 2,074 locations, Chick-fil-A may seem like it could be a lucrative investment opportunity.

So what is Chick-fil-A’s stock price, and how easily can an investor get a piece of the profits? Here’s why Chick-fil-A isn’t touted as a top stock pick and why investors likely won’t be buying up shares any time soon.

Can You Buy Chick-fil-A Stock?

If you check for the fast-food industry’s top stock picks, you will not find a recommendation for Chick-fil-A. Unfortunately for investors, Chick-fil-A is not a publicly-traded company. This means that investors cannot buy Chick-fil-A stock.

The first Chick-fil-A was opened in 1967 in an Atlanta shopping center by S. Truett Cathy, although his restaurant business started in 1946 with a small diner called the Dwarf Grill. Cathy passed away in 2014, and the Truett family still owns Chick-fil-A. The current owners are brothers Dan and Don, sons of Truett Cathy. Dan Cathy held his father’s former role as CEO until last year, when his grandson Andrew Truett Cathy took over.

Cathy left behind 12 grandchildren and 23 great-grandchildren, so there are plenty of heirs to pass ownership to and keep the company in the family.

How Successful Is Chick-fil-A?

Despite having a menu limited to chicken, Chick-fil-A held the third spot in terms of U.S. restaurant sales in 2019. The Chick-fil-A menu is quite simple, offering just chicken variations and, of course, its waffle fries. But its limited menu generates a lot of repeat business thanks to the company’s focus on customer service. Chick-fil-A even made headlines last year as America’s favorite fast-food chain.

The company navigated the COVID-19 pandemic’s effect on the food service industry fairly well, with revenues increasing by 33.3% and profits growing by a whopping 67.3%. Much of this was from royalties, rents and fees paid by franchisees — or “operators,” as Chick-fil-A calls them. As of December 31, 2021, the fast-food company had roughly 2,704 locations nationwide. Of these Chick-fil-A locations, 2,235 were franchise stores run by operators.

Is There Any Way to Profit From Chick-fil-A?

While investors can’t buy Chick-fil-A stock, a lucky few can make money from Chick-fil-A as franchisees or licensees. Here’s a look at Chick-fil-A’s franchise model and licensing opportunity.

Chick-fil-A franchisees don’t own the store they operate and profit from, nor do they own any equity in the business. They do not have the option to sell it or pass it on to heirs. Chick-fil-A retains ownership of every store.

Chick-fil-A franchisees, called operators, are hand-picked from thousands of applicants and must undergo a rigorous training program. Anyone interested in becoming a franchisee as a passive investment will be passed over. The corporate office wants hands-on operators who are involved in the daily operation of the store.

Will Chick-fil-A Ever Have an IPO?

Chick-fil-A will not likely have an IPO any time soon, if ever. The company remains privately owned, and shares are not traded on any stock exchange. An IPO would likely mean changes to the company that would go against the values held by the current owners, such as closing on Sundays, which is probably why the company’s founder never wanted to sell public shares.

The family-owned company would have to be sold for it to be able to have an IPO. Otherwise, Chick-fil-A’s corporate office is bound by a contractual agreement instructing its executives not to take the fast-food company public.

For now, investors looking to invest in fast-food stocks will have to put their money elsewhere, perhaps in McDonald’s Corp (MCD) or Wendys Co (WEN), which are both publicly traded companies.

Chick-fil-A’s revenue may have increased by $1.5 billion last year, but investors will not see a dime of it. For the foreseeable future, you can’t buy Chick-fil-A stock. Investors may never be able to buy it if the company continues its private-ownership success. Anyone who wants a piece of Chick-fil-A will have to get in line and hope the corporate office approves them for franchise ownership. Based on the stiff competition involved in becoming a franchisee, not too many will be able to turn a profit on Chick-fil-A that way either.

This article originally appeared on
GOBankingRates.com:
Can You Buy Chick-fil-A Stock? What To Know

The Power of Decision Intelligence: Strategies for Success

Mon May 16 , 2022
To deal with unprecedented levels of business complexity and uncertainty, organizations must make accurate and highly contextualized decisions with increasing speed. This means IT leaders must create the capability to rapidly compose and recompose transparent decision flows, a practice described as decision intelligence. Decision intelligence is not a technology but […] 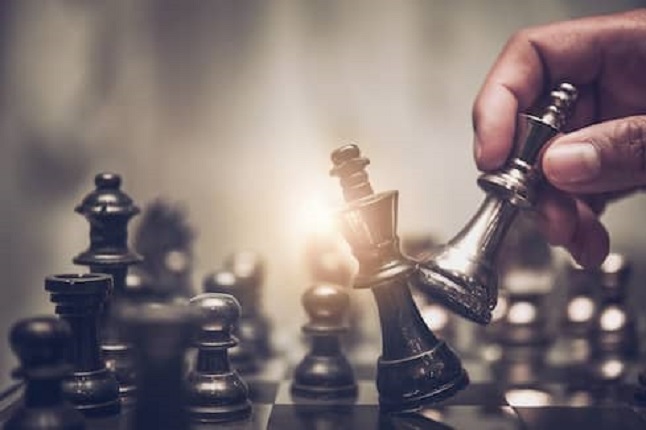