Being a good analyst involves being good at numbers as well as knowing how to share bad news, according to one senior business intelligence analyst.

As a high school student at a specialized regional school in New Jersey, Jake Sisskind had an epiphany—he wanted to get into business. He had applied to a business program, but didn’t get in, so he went to a liberal arts school, Muhlenberg College. When he started learning about statistics and running regressions, it all started to click. He became an economics major and a business minor, which Susskind said helped prepare him for a career in business analytics. He later went on to earn his MBA at the NYU Stern School of Business.

Now 28 years old, Sisskind is the senior business intelligence analyst for the American Kennel Club. Established in 1884, the nonprofit operates the largest purebred dog registry, and sanctions over 22,000 events per year.

At first, he had started in pre-med—but Sisskind was “always a numbers guy,” he said. “I gravitated towards numbers over words.”

“Numbers always came a lot easier to me,” he said. “Finding correlations, and data, it kind of just felt natural.” In Sisskind’s first job—which he calls a sort of “hodge-podge” job—he wasn’t a business analyst, but he did start analyzing reports. “Metrics seemed to be something I excelled at,” he said. “I could look at a company from the inside out, and get to strategize on how to move forward.”

This first position helped Sisskind understand the workings of a company. He brought this knowledge into his next position, as a digital analyst at the makeup company Avon. It was there that he began the “actual implementation of tagging, or pixels,” he said, “onto the website. And from there, I could get data directly from the site.”

Pixels are “the little snip of code that tracks what a user does on a website: when they click on a button, view a page or have any interaction with the website,” he explained. This position propelled his career in business analytics, he said. In that role, he loved being able to use his computer coding skills, and also strengthened his skill of presenting to upper management efficiently, becoming more confident in that role.

On a typical day, Sisskind arrives at the office and gets situated in his open-space cubicle. He checks his to-do list may involve any part of the business, such as “reports on web metrics, marketing reports, engagement with users, other aspects of the company, from finance to product,” he explained.

SEE: How to become a data scientist: A cheat sheet (TechRepublic)

Then, he gets to work, asking himself a series of questions.  “I look at the data to see what trends are going on. What’s relevant? What’s not? How is the data different from yesterday? Or year-over-year? How will the data impact the business in the future, or in the present? Are there any necessary immediate changes to put into effect?”

Sisskind will go through these questions himself, and during a typical stakeholder meeting, asking about a new webpage and how they might improve it, for instance, he can counsel them on how to track data points, using one of their own tools to capture data points on the website, and Google Analytics. “I can help them differentiate what kinds of users are coming through, and other things like that,” he said.

It’s a rewarding job because he “gets to effect change,” Sisskind said. When people come in with a product or webpage, when they’ve done their data, they still need to find out “what does that data tell them?” Sisskind said. “When they come to me, I kind of have the answers. I can fill in the gaps they can’t fill in, and I can instruct them. I can say ‘we see this as a trend, maybe we should start doing this, so we can grow the business even more.'”

It’s also a job with challenges. Not everything he recommends will be accepted and implemented, for instance. And when Sisskind has to report numbers, it’s not always positive news he’s sharing. “It can be hard for someone to hear. You have to make sure that the numbers are not only accurate, but they can lead to change. Just reporting numbers as they are is not interesting.”

When Sisskind first envisioned a career in analytics, he knew he would be looking at data—but did not know that he could also be selecting which data to choose. “It has turned out to be a great thing,” he said. “It’s good to know where your data is coming from.”

Ultimately, having this knowledge comes with a payoff. “When people implement your advice and you see it work,” he said, “it really makes you feel good.”

Read more articles in this series

Companies shrug off pandemic woes and step up hiring

Fri Feb 3 , 2023
WASHINGTON — America’s employers accelerated their hiring last month, adding a solid 531,000 jobs, the most since July and a sign that the recovery from the pandemic recession is overcoming a virus-induced slowdown. Friday’s report from the Labor Department also showed that the unemployment rate fell to 4.6% last month from 4.8% […] 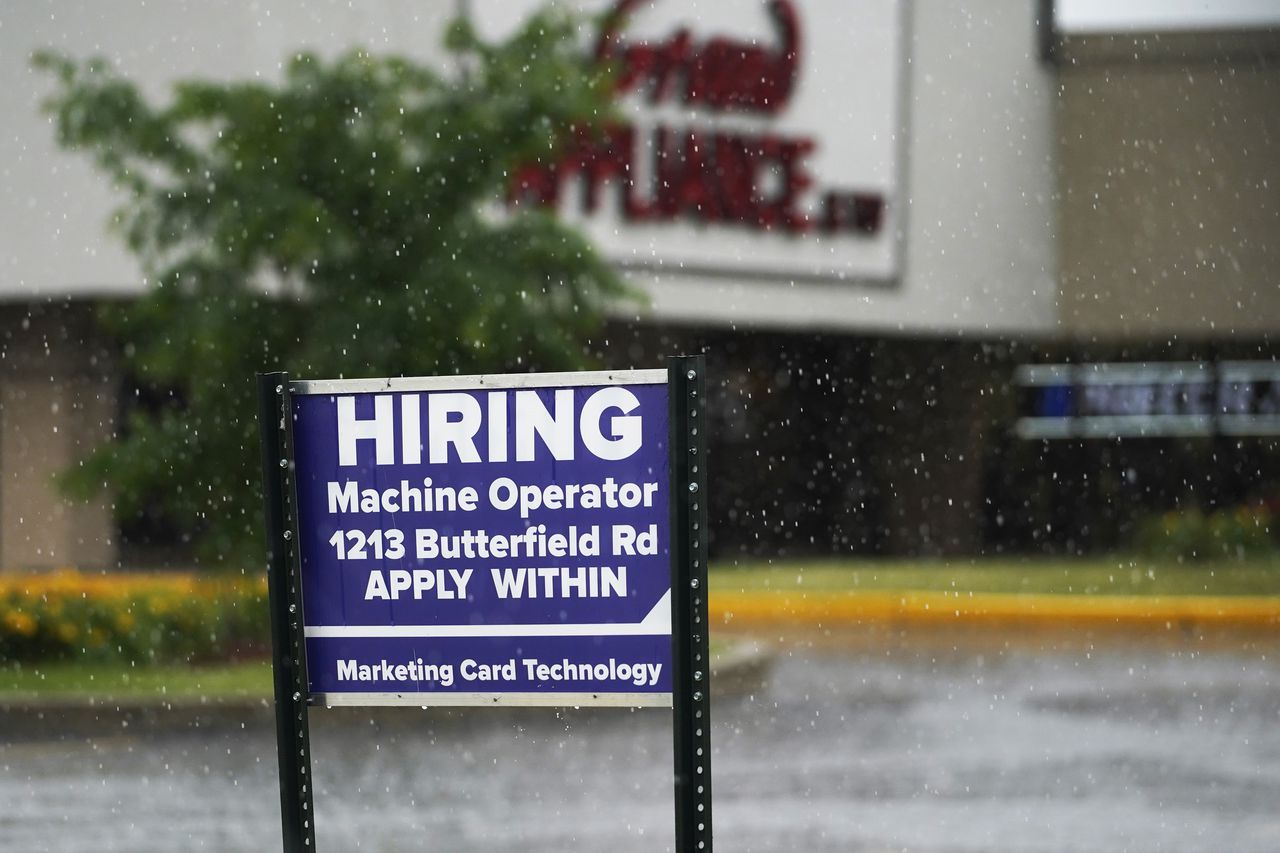