Alteryx reached a definitive agreement to acquire Trifacta for $400 million in a move aimed at accelerating Alteryx’s transition to the cloud.

Alteryx will make the purchase in cash, and the deal is expected to close during the first quarter of 2022, the vendor said Jan. 6.

Alteryx, founded in 1997 and based in Irvine, Calif., is a data management vendor. Its platform, Analytics Process Automation, is designed to automate aspects of the data management and data preparation process before data visualization and analysis.

Trifacta, meanwhile, was founded in 2012 and is based in San Francisco. The vendor specializes in data wrangling, enabling users to quickly and easily find the high-quality, relevant data they require, and automatically transforming that data into a digestible format.

Its tools can be deployed both in the cloud and on premises, and it has native capabilities built for major cloud data warehouses including Google Cloud Platform, AWS and Microsoft Azure.

“We’re really excited about how complementary the solutions are from Alteryx and Trifacta,” he said. “It really extends us further into the modern cloud-based data and analytics stack. Trifacta is a cloud-native, cloud-first company, and that’s an exciting addition for us. As we move forward, it creates an instant back-end platform … that’s multi-cloud out of the gate.”

In addition, Henderson noted that Alteryx and Trifacta, while having some customer overlap, cater to different audiences: Alteryx is historically used by business analysts and owners; Trifacta by IT departments and data engineers.

“As organizations are looking for an end-to-end platform for data preparation and data engineering, the combination is going to let us bring a single platform to market that can meet the needs of different personas within an organization,” he said.

Despite the cloud-native capabilities Alteryx’s acquisition of Trifacta will bring, and how the purchase might position Alteryx to accelerate its move to the cloud, observers were mixed in their response to the deal.

David Menninger, an analyst at Ventana Research, noted that Alteryx and Trifacta complement each other well and that, as Henderson stated, the addition of Trifacta has the potential to speed Alteryx’s cloud transformation.

“There are some obvious areas of overlap in the combination, but there are also some real synergies possible,” he said. “Trifacta has been stronger in data engineering and Alteryx has been stronger in what I like to call AnalyticOps. Also, Trifacta has pivoted more quickly and more completely to the cloud which should help strengthen Alteryx’s cloud capabilities.”

Similarly, Mike Leone, an analyst at Enterprise Strategy Group noted that the acquisition of Trifacta stands to benefit Alteryx.

Though both offer data preparation capabilities, Alteryx has focused on automation while Trifacta has concentrated on the cloud, and so the vendors are a good fit.

“With this acquisition Alteryx will be doubling down on their existing data preparation capabilities, but also gain some valuable expertise from Trifacta on building more robust cloud capabilities,” Leone said.

But while Menninger and Leone have a positive view of the acquisition, Donald Farmer, founder and principal of TreeHive Strategy, called the acquisition a mistake.

He said Alteryx has struggled to integrate vendors it has acquired in recent years, and that adding yet another technology stack to its server will further compromise its architecture.

In addition, he expressed concern about how the vendor plans to build on the software it has acquired while simultaneously working through the problems associated with moving to the cloud and beginning to work with cloud databases and cloud data warehouses.

“It turns out the answer is to buy another company, which does cloud data integration, and this seems to me a mistake,” Farmer said. “They’ve built up a lot of technical debt around the integration of their software portfolio. So I’m very negative about this.”

Farmer added that while Trifacta’s addition may help Alteryx move to the cloud, Alteryx’s prioritization of the cloud has been surprisingly slow.

In recent years, vendors like Qlik, MicroStrategy and ThoughtSpot have all transitioned from an on-premises focus to delivering cloud-native capabilities, while others like Domo have been cloud-native from their beginnings.

“Cloud data warehouses aren’t exactly new,” Farmer said. “And yet Alteryx is still looking for ways [to move to the cloud] — not working on ways, not solving ways, not delivering cloud-based solutions based on their existing architecture and their existing products.

“They did not know how to solve that problem … and it turns out the way to solve it isn’t with fixing their own software,” he continued. “It’s by acquiring yet another piece of software to bring into the portfolio.”

He noted, however, that Alteryx has overhauled its leadership over the past 15 months and that what happened before that should not apply to what is being done now. Mark Anderson took over as CEO in October 2020, while both Vittal and Henderson — among others — have been at Alteryx less than a year.

In addition, Vittal pointed out that Alteryx expects to exceed financial projections for the fourth quarter of 2021.

“We’ve stated very clearly our objectives to help our customers drive analytics automation, and our results in a year of transformation show that we’ve gotten back on a trajectory of growth,” Vittal said. “A new leadership team is charting a new course. I understand [Farmer’s] sentiment around prior acquisitions, but we are articulating a clear strategy on how we want to drive integrations.”

He added that integrations are difficult and not something Alteryx’s new regime takes lightly.

“We’re back on a growth trajectory, and we have customers who love our products,” Vittal said. “What Trifacta adds is the ability to create value even faster.”

Going forward, Alteryx plans to continue heavily investing in its existing desktop and server capabilities while expanding its cloud-native capabilities, according to Vittal.

“As data gravity moves to the cloud, and as analytics needs to move to where the data is, we need to amp up our cloud investments,” he said. “That was the reason for the launch of Designer Cloud.”

In addition to Designer Cloud, which is slated for generally availability in the near future after being in limited release, Henderson noted that Alteryx is planning to release a second cloud-native capability — Alteryx ML — in GA as well.

The vendor is also planning new augmented intelligence capabilities resulting from its acquisition of Hyper Anna, according to Henderson.

“We’re making sure those products are very tightly integrated,” he said. “We have some exciting things on the roadmap that continue on the themes around big data and the cloud, and you’ll see us continue to drive those big themes over the next few months.”

Enterprise Strategy Group is a division of TechTarget.

Remote work and taxes: It's complicated

Wed Jan 12 , 2022
Companies with a single physical location may find themselves having a taxable presence in four or five different states, all because of the necessity of remote hiring. (Image: Shutterstock) While some might say there was an existing trend toward remote work before the pandemic began, it has certainly received a […] 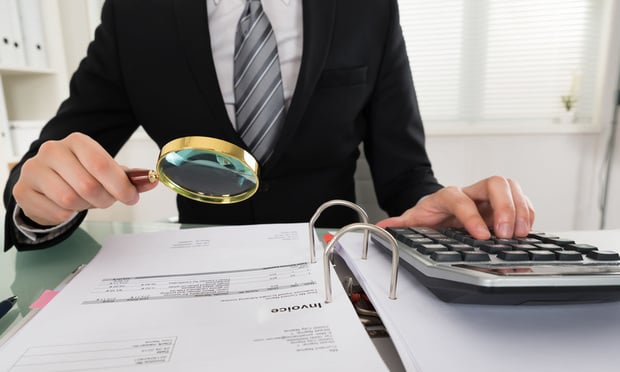