(Bloomberg) — Alberto Bailleres, a Mexican billionaire who once owned the world’s largest refined silver company, has died, He was 90.

Most Read from Bloomberg

He died on Feb. 2 in Mexico City, according to a statement from his business conglomerate, Grupo Bal SA. No other details were given.

Bailleres will be remembered as a “visionary businessman, exemplary Mexican, a romantic dreamer who triumphed and exceeded his goals,” according to the statement.

Bailleres’s vast mining fortune earned him the nickname “King of Silver” or Mexico’s “King Midas.” He had a net worth of $8.5 billion, making him Mexico’s fourth-richest person, according to the Bloomberg Billionaires Index. He also held stakes in insurance, retail and financial companies.

He was known for shunning the spotlight. One of his biographers, Blanche Petrich, gave him the epithet “lover of the shadows.”

He was replaced by his son, Alejandro Bailleres, one of the seven children he had with his wife Teresa Gual, who was already on the board of directors of the main companies. Bailleres had remained an honorary president.

President Andres Manuel Lopez Obrador said Mexico had lost one of its “most important businessmen” and expressed confidence that “his son Alejandro will keep managing the business responsibly.”

Bailleres was born on Aug. 22, 1931, in Mexico City, but his family came from Guanajuato, where they owned cattle ranches since the early 19th century. His familial affinity for rural life later surfaced in an enthusiasm for hunting, horse-racing and bullfighting, a practice that has been criticized by animal rights groups as animal cruelty.

His father, Raul Bailleres, left Guanajuato in 1914 for Mexico City in search of business opportunities at the age of 19. He died in 1967 after falling down a staircase, and left his son a group of 15 companies in mining, insurance, banking, real estate, retail, soft drinks, a malt factory, and chemicals.

Bailleres benefited from the privatizations carried out by former President Carlos Salinas de Gortari of the center-right Institutional Revolutionary Party from 1988 to 1994. His fortune soared under the reign of the conservative National Action Party, from 2000 to 2012, when he was granted vast acreage for mining.

Bailleres received the Belisario Dominguez medal, the highest honor awarded by the senate, for his entrepreneurship, in 2015.

“I have always argued that material wealth is a means, not an end,” he said upon receiving the honor at a ceremony with then-president Enrique Pena Nieto. “And when this wealth is invested in the country, it becomes a social instrument that benefits everyone.”

Bailleres studied economy and was a patron and chairman of the board of trustees at his alma mater, Instituto Tecnologico Autonomo de Mexico, or ITAM, for more than three decades. The prestigious university has trained prominent businesspeople and technocrats, such as former finance ministers Jose Antonio Meade and Luis Videgaray.

Bailleres graduated from ITAM in 1957 and worked at Banco de Comercio. At age 27, he took over the management of the Moctezuma brewery after his brother Raul died, and later he would inherit his father’s business conglomerate. In the 1960s, he sold the brewery and other assets and founded Penoles, a leading producer of metals in Latin America.

“In my life, I have two great loves,” Bailleres once said. “My family and our Mexico.”

(Adds comment by Mexico’s president in eighth paragraph. A previous version corrected the spelling of Moctezuma brewery in second-to-last paragraph.)

Most Read from Bloomberg Businessweek

Mon Feb 7 , 2022
The Women’s National Basketball Association has raised $75 million from a group of investors that includes Nike Inc., NKE 0.06% businessman Michael Dell, and former U.S. Secretary of State Condoleezza Rice in an effort to revamp the league. The $75 million infusion is the largest-ever capital investment for a women’s […] 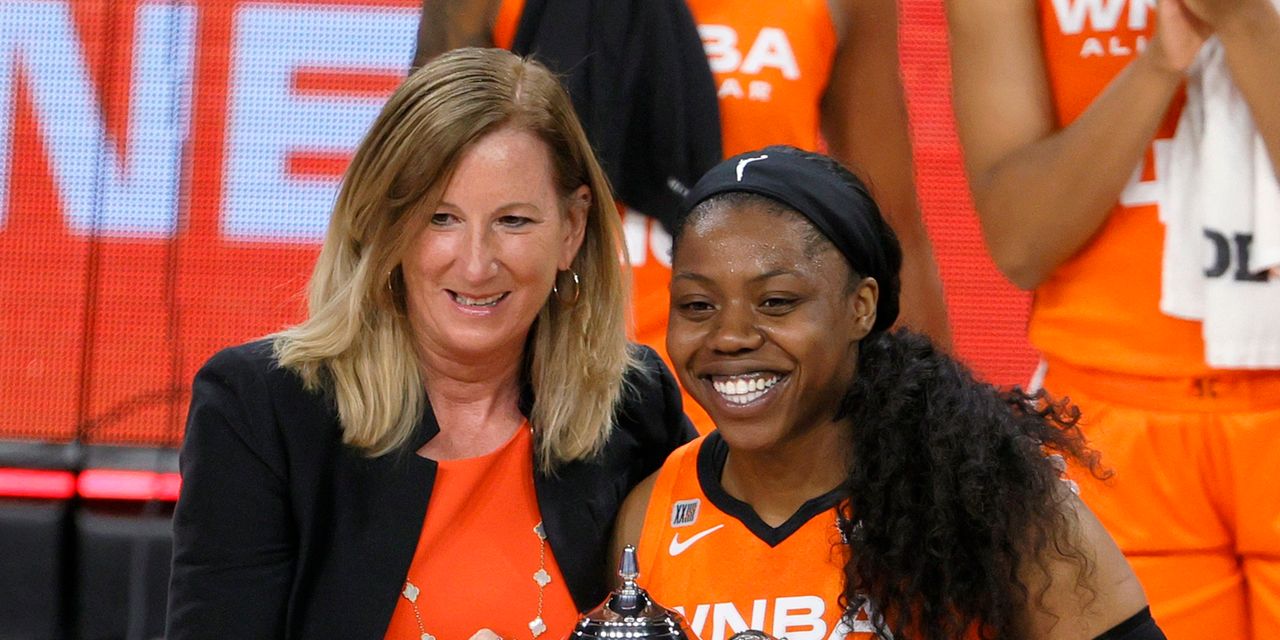