A version of this article was published in TIME’s newsletter Into the Metaverse. Subscribe for a weekly guide to the future of the Internet.

In 2007, Second Life founder Philip Rosedale made a bold proclamation: “The 3D web will rapidly be the dominant thing and everyone will have an avatar.” Considering the success of his creation, it wasn’t an altogether far-fetched idea. Second Life—a virtual world in which participants can explore fantastical landscapes and build their own mansions, forests and spaceships—was reaching the crest of its popularity, with hundreds of thousands of active residents and a self-reported $500 million in GDP. Second Life appeared on the cover of BusinessWeek; presidential hopeful and Virginia Gov. Mark Warner gave a town hall, with his avatar sporting a blocky suit and red tie. Brands like Reebok and Dell invested in virtual stores, preparing for a new era of sales and marketing. Rolling Stone referred to it (skeptically) as “the future of the net;” The Guardian proclaimed: “Today Second Life, tomorrow the world.”

Does any of this sound familiar? It’s hard not to look back on the frenzy around Second Life in the mid-aughts and see parallels to the discourse around the metaverse these days. Rosedale and other Second Life optimists often used identical rhetoric to crypto idioms today: He called Second Life “the Wild West,” compared its growth to that of the early internet and foresaw the “entire physical world as being kind of left behind.”

And then Second Life stopped growing. It wasn’t uncommon for users to struggle for hours on-boarding into the world, only to find themselves wandering around ghost cities with empty storefronts. Reuters—which made a big fuss of opening a bureau in Second Life in 2006—pulled out about two years later; brands abandoned their posts. As we look back on Second Life a dozen years after its peak, it’s less a transformative cultural lynchpin than the punchline of a scene in The Office.

On the other hand, it would also be a gross misrepresentation to view Second Life as a failure. It was responsible for introducing millions of people into virtual spaces for the first time; for fostering incredibly tight-knit communities, especially for outcasts or physically impaired people; and for pioneering digital economies. A spokesperson for Second Life’s parent company Linden Lab said that users have spent the equivalent of 500,000 years in Second Life, and that 750,000 monthly active users still inhabit the world: flying around, building and buying stuff, nurturing virtual families.

So there’s plenty that the current builders of the metaverse can learn from Second Life, both for better and worse. To look back—and forward—I talked to Second Life founder Philip Rosedale and Tom Boellstorff, an anthropologist who spent two years inside the virtual world at its peak and then wrote the book Coming of Age in Second Life: An Anthropologist Explores the Virtually Human.

Here are some of their main takeaways from the Second Life saga.

People will stay in virtual worlds, even without an explicit mission.

As Dwight Schrute tells Jim Halpert on The Office, Second Life is not a game: “It doesn’t have points or scores; it doesn’t have winners or losers.” It is this aimlessness that confounded many early users, and a similar criticism continues to dog recent conceptions of the metaverse. What is the “killer app?”—the feature that makes it indispensable to users—critics ask. What is the point of a world that doesn’t fulfill an obvious need?

But Boellstorff and Rosedale say that this potential flaw is actually an essential reason that many people stuck around in Second Life. “It’s often not that going into a virtual world is sort of fulfilling a pre-existing need,” Boellstorff says. “A lot of people check these things out because they hear about them, but then sort of discover something that they enjoy doing or a community they enjoy interacting with that they didn’t know about ahead of time.”

Rosedale says this unbounded potential for creation was a key reason for Second Life’s success. “I think the reason why tens of millions of people tried it out was the promise of the ability to be creative and expressive in a realistic, lifelike domain,” Rosedale says. “You need a toolkit that lets people build things live from kind of small parts: That has to be present in a metaverse to make it successful.”

Another common talking point against the metaverse is that people won’t buy things that only exist in virtual spaces. Second Life emphatically proved this false: In the 10 years following its launch, Second Life users spent $3.2 billion of real money on in‑world transactions. Rosedale likes to say that Second Life contained the first NFTs: unique virtual goods that you could buy and sell. A dress designer could create a unique dress for a virtual ball, for example, so that its wearer would stand apart from their peers.

Rosedale says there was a key distinction between Second Life’s one-of-one goods and NFTs, however: Speculative value wasn’t at all a factor in Second Life. “I’m very proud of the idea that there is an intrinsic value—for a coat for your avatar or a motorcycle—that’s driven by the creativity of the designers,” he says.

These unique digital items made up a very small percentage of Second Life’s overall economy, and only a scant few made a living off creating them. Boellstorff is skeptical of recent utopian digital visions in which most independent creators are able to thrive through selling digital goods. “It’s similar to something like YouTube: You have a relatively small percentage who really make income from it, and a lot of people who are just consumers, or some people who sort of informally make stuff that they don’t sell to make money,” he says.

Ease of use and technological challenges remain a huge roadblock for mass adoption.

In a 2017 article about Second Life, the Atlantic reported an estimated 20% to 30% of first-time users never returned to the platform. Many found the world extremely difficult to figure out. Reuters ​​reporter Eric Krangel wrote that the Second Life had a “monster learning curve,” a convoluted user interface and an oft-crashing server. The company also struggled to build a viable mobile version during an era in which smart cell phones were becoming ubiquitous.

While Second Life itself has resolved many of those issues thanks to technological advancements, any virtual world hoping to win over a mass audience still has to overcome huge barriers to entry. Rosedale says that his current company, High Fidelity—which specializes in spatial audio for apps like Clubhouse—ran recent studies on metaverse technology, and found that “people don’t want to be a cartoon avatar while wearing a VR headset,” he says. “We concluded it was an extraordinarily difficult thing to get, like, regular people at work to want to become a cartoon avatar with very little in the way of facial expressions. It’s really stressful for people to do that, and most of them won’t.”

Virtual worlds might always struggle to appeal to certain demographics.

Rosedale notes that the current interest in the metaverse arose from of a singularly strange moment of the pandemic in which everyone was trapped inside their homes. He says it’s much harder to get certain people excited about spending the bulk of their time in virtual worlds in normal circumstances.

“If you live a comfortable life in New York City and you’re young and healthy, you probably are going to choose to live there. If I offer you the life of an avatar, you’re just not going to use it very much,” Rosedale says. “On the other hand, if you live in a rural location with very little social contact, are disabled or live in an authoritarian environment where you don’t feel free to speak, then your avatar can become your primary identity.

Identity is tricky, and so is rule-making.

While Rosedale had the unilateral ability to shape the world of Second Life as he saw fit, he tried to be as hands-off as possible, adhering to principles of decentralization. This led to some amount of nefarious activity: reports of underage sex simulation, money laundering, and copyright and trademark violations.

“The question of what kinds of moderation is needed for us to equitably co-exist in a metaverse are yet unanswered,” Rosedale says. “There are things like getting identity right, so you’re not doxxing a person by identifying the real person behind the avatar—but the avatar or the pseudonym of the individual is sufficiently stable so there are consequences to their actions and they’re going to behave well. But we are simply not there yet on the internet: We don’t have identity systems yet that would enable strong governance.”

Boelstorff believes that Second Life’s subscription model—in which people pay to own land—has helped ward off the worst tendencies of ad-driven companies like Facebook, which was shown to have prioritized profit over tamping down on misinformation. (The tech pioneer Jaron Lanier also has argued that many problems would be fixed if Facebook and Twitter switched to a paid model.) “The subscription model of Second Life is one reason that you don’t have misinformation and anti-vax stuff,” Boellstorff says. “None of this metaverse stuff going forward has to be a particular corporate ad-driven model.”

The metaverse doesn’t need to be ubiquitous. In fact, it shouldn’t be.

When asked why Second Life failed to keep growing, Boelstorff bristled at the question. “This hype of the Silicon Valley capitalist model is so overwhelming in the sense that to attract venture capital, you have to really sell yourself as the next iPhone or the next Facebook—that you’re going to transform the entire world,” Boelstorff says. “I think it just has such a warping effect in terms of agenda setting. There’s potentially some really good stuff about being online more and more, especially for folks who are disabled, or for climate change in reducing cars on the road. But I never shade into this like, ‘We’re all going to be living in the Matrix’ kind of thing.’”

More than a decade after Second Life’s peak, Rosedale concedes that he conceptualizes our move into virtual worlds with less inevitability than he did in 2007. But he says Second Life shows that there’s still a huge appetite for virtual exploration, especially as the technology improves. “Allowing somebody to be really expressive and creative in an environment that’s lifelike is an incredibly powerful offering. I think that’s why we all tried Second Life,” he says. “And I think that we will eventually get there—but it’s still a long road because the difficulty of it is considerable.

Subscribe to Into the Metaverse for a weekly guide to the future of the Internet.

Sat Nov 27 , 2021
The study conducted by the cybersecurity company Surfshark shows that Burkina Faso became the 70th country that has restricted social media access over the last six years. A significant mobile internet disruption in Burkina Faso was recorded amid unrest against the shooting of protesters by a French military convoy on […] 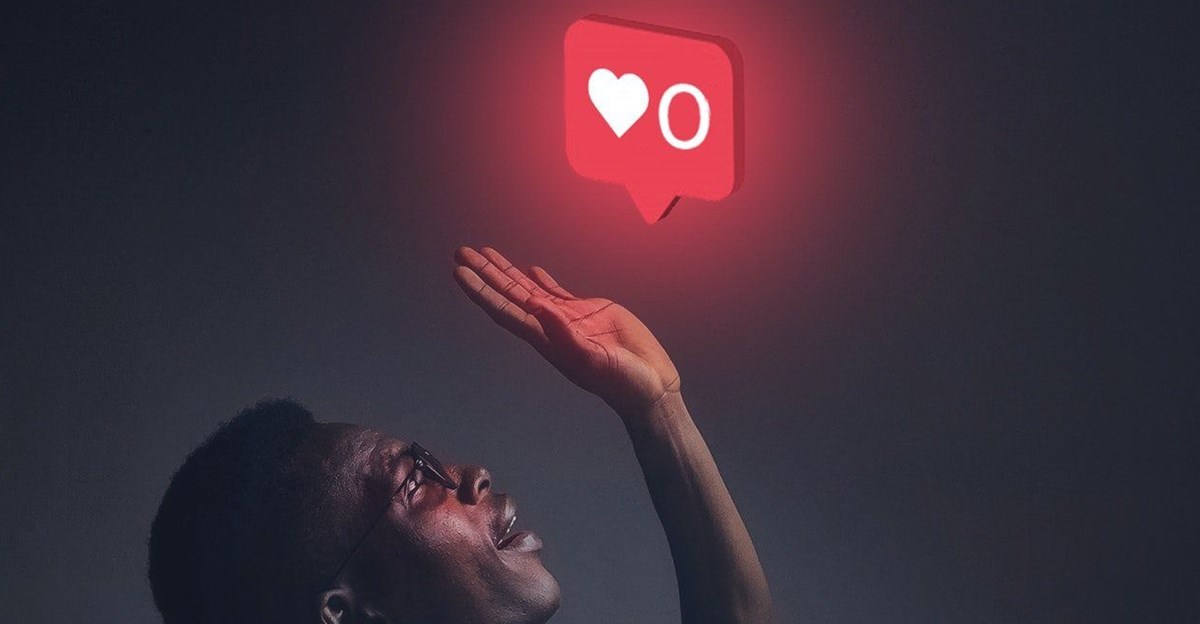